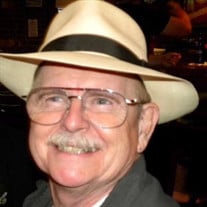 William “Bill” Lee Truitt passed away on August 6, 2021, in Yuma, Arizona at the age of 73. Born in Milford, Delaware on March 30, 1948, Bill grew up in Laurel Delaware, finding a love of the outdoors, movies, chess, pool, reading, and antique cars. Bill graduated from Laurel High School in 1966 and began an 11-year career with the railroad, dabbled in real estate, and managed restaurants and bars before heading West. After a few years in California, Bill settled in Yuma, Arizona, working as the manager, then comptroller of the Elk’s Lodge of Yuma. When not purveying for gold, rereading Cormac McCarthy, listening to Bob Dylan, or hiking the Grand Canyon, Bill could be found on Words with Friends stumping most of his family with his skilled lexicon. Bill is survived by his wife, Barbara Andrews Truitt, his daughters Melonie Truitt and Theresa Kraft, the mother of his three children Netta Jane Stone Truitt Lind, his grandchildren Jordan Kraft, Koby Kraft, Skye Nothnagle and Baye Nothnagle, his sister Diane Truitt Nichols, his aunt Carolyn Griffith, his nieces Georgia Nichols, Ginger Nichols Williams, and Gretchen Nichols and many other family members. Bill was predeceased by his father William Marshall Truitt, his mother Etta Louise Griffith Truitt Harris, his stepfather Roscoe Harris, his daughter Stephanie Denise Truitt, his son-in-law David Kraft, his brother-in-law Gary Nichols, and other family members who departed this life too soon. A private graveside committal will be held.

The family of William Lee Truitt created this Life Tributes page to make it easy to share your memories.