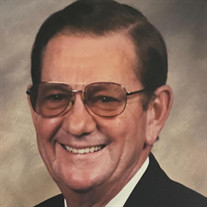 Walter “Cary” Adshead, 85, of Sharptown, passed away Friday, February 4, 2022, at his daughter’s home in Newport News, Virginia. He was born August 5, 1936, in Sharptown, a son of the late Walter and Ida (Riggin) Adshead. He graduated from Mardela High School with the class of 1955. After graduating, Cary was drafted into the U.S. Army where he served 2 years in West Germany with the 3rd Infantry Division during the Cold War. After his return to the States, he continued to serve 4 years in the reserves. After his discharge, he married his high school sweetheart, Rebecca “Becky” Bennett and they proudly raised their twin daughters, Karen Lynn and Sharon Ann. Cary retired in 1992 after 33 years of service as a pipefitter at the DuPont Co. in Seaford. He was an avid reader, enjoyed yard work, loved to travel and enjoyed visiting destinations in the south such as Savannah, New Orleans, Memphis, St. Augustine and his favorite city, Charleston. Cary served 9 years on the Sharptown Town Board, was a member of the American Legion Post #218 and a lifetime member of the Sharptown Fire Department. He was also a Master Mason with Roelma Lodge #206 in Sharptown, a 32nd degree Mason with the Scottish Rite Valley of Salisbury, a Shriner and a member of NUR Temple in Wilmington, Delaware. He was also a longtime member of Mt. Vernon United Methodist Church in Sharptown and had recently been attending Bayview Baptist Church in Laurel. In addition to his parents, he was preceded in death by brothers, William Lester in 1947, George Lawrence in 1991, Ronald Edward in 2018, daughter, Karen Lynn in 1993, and his beloved wife, Becky in 2018. He is survived by his sister, Carol Jones of Seaford; daughter, Sharon Adshead Bramble and husband, James; grandsons, Nicklaus Cary Doyle and Jacob Bennett Bramble, all of Newport Newport News, Virginia. He is also survived by several nieces and nephews. A celebration of Cary’s life will be held on Sunday, February 27, 2022, at Mt. Vernon United Methodist Church in Sharptown at 2:00 p.m. where friends may call from 1:00 to 2:00. Interment with military honors will follow at Firemen’s Cemetery in Sharptown. In lieu of flowers, memorial contributions may be made in his memory to St. Jude Children’s Research Hospital at www.stjude.org, or Shriners Hospital for Children at https://www.shrinerschildrens.org/locations/westvirginia or the Delmarva Emerald Society, care of Chris O’Barskey, 29560 Millstream Drive, Salisbury, MD 21804. Arrangements are in the care of Short Funeral Home in Delmar. Online condolences may be sent to the family by visiting www.shortfh.com.

The family of W. Cary Adshead created this Life Tributes page to make it easy to share your memories.

Send flowers to the Adshead family.