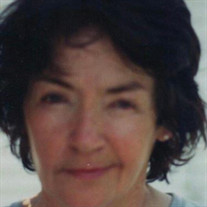 Virginia “Gin” Ann North, 68, of Laurel, passed away peacefully at her home in Laurel on Thursday, January 14, 2021. She was born April 4, 1952 in Philadelphia, Pennsylvania, a daughter of the late Helen Welsh Taylor. Virginia worked for many years as a baker, first for Mister Donut and more recently for Dunkin’ Donut. During her career she worked in Wilmington, Salisbury and Seaford and had a reputation for making the best donuts around and worked all night to bake 127 dozen donuts each night to distribute. She stayed true to her Catholic roots and remained steadfast in her religion through the good times and bad. Gin’s true joy came from times spent with family and she especially loved being a grandmother. She is survived by her faithful companion of 31 years, Jerry Wayne Phippin, Sr.; daughters, Jennifer M. Phelps and Angela Bednar (Michael); sons, Paul Franklin North, III, John S. North and Jerry Wayne Phippin, Jr.; grandchildren, Tyler Mooney, Michael Fuller, Brandon Phippin, Christopher Kirby, Jared Mooney, Aaron Phippin, Evin Phelps, Emily Phippin, Megan Phelps and Laree Slaby; and a sister, Helen Walsack. She is also survived by several nieces and nephews; and her beloved dog, “Joe,” who also misses her dearly. In addition to her mother, she was preceded in death by a son, Eric J. North; a grandson, Paul Franklin North, IV; her twin sister, Pat Ollock; and brothers, Hughy Taylor, Christopher Taylor and Tommy Taylor. Services will be private. Memorial contributions may be made in her memory to St. Jude’s Children’s Research Hospital by visiting https://www.stjude.org/ Arrangements are in the care of Short Funeral Home in Delmar. Online condolences may be sent to the family by visiting www.shortfh.com.

Virginia &#8220;Gin&#8221; Ann North, 68, of Laurel, passed away peacefully at her home in Laurel on Thursday, January 14, 2021. She was born April 4, 1952 in Philadelphia, Pennsylvania, a daughter of the late Helen Welsh Taylor. Virginia worked... View Obituary & Service Information

The family of Virginia Ann North created this Life Tributes page to make it easy to share your memories.

Send flowers to the North family.