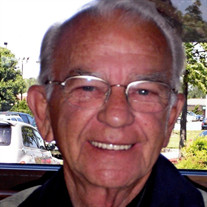 Tracy Allen Green, 85, of Mardela Springs passed away on Saturday, September 18, 2021. He was born on November 17, 1935, in Mardela Springs, a son of the late Mary Louise (Bacon) Green and Millard Filmore Green. Trace, as he was known by many, learned early in life the value of family, God, and hard work. He spent his whole life in his beloved Mardela Springs, where he was a member of First Baptist Church of Mardela and served as a deacon and trustee. In his early days he worked several years at Chris Craft Boats in Salisbury as a boat builder and cabinet maker. He retired after over 30 years of service as a supervisor at the Delmarva Power Plant in Vienna. He was an extremely gifted woodworker and not only did he use those skills to make a living, but also enjoyed designing and building furniture. He was a gifted artist who had a knack for drawing and sketching some amazing things. He was an all-around handyman, who could wire, plumb, or fix almost anything. Trace and his family took several rock hunting trips and would make jewelry with those special finds. In his free time, he could be found on back roads and fields with his metal detector finding many lost treasures over the years. He will be remembered as a humble, loving, and supportive husband, father, grandfather, brother, and friend to many. He is survived by his wife, Roxie Yvonne “Pooch” Green; son, Scott Allen Green and his wife Chris; daughter, Denise Calloway; grandchildren, Codi Ellen Calloway, and Tyler Clayton Calloway; sister-in-law, Vi Hynson; and several nieces and nephews. In addition to his parents, he was preceded in death by his son-in-law, Clayton Calloway; brothers, D’Arcy Green and Kenneth W. Green; and a sister, Patricia Taylor. A visitation for family and friends will be held on Thursday, September 23, 2021, from noon to 1:00 p.m. at Short Funeral Home in Delmar. The funeral service will begin at 1:00 p.m. Reverend Bob Kampmeyer will officiate. Interment will follow the service in Mardela Memorial Cemetery. Following the services, all are welcome to join the family for food and fellowship to be held at the First Baptist Church of Mardela. In memory of Mr. Green, contributions may be sent to First Baptist Church of Mardela, P.O. Box 3, Mardela Springs, MD 21837. Arrangements are in in the care of Short Funeral Home in Delmar. Online condolences may be sent to the family by visiting www.shortfh.com.

Tracy Allen Green, 85, of Mardela Springs passed away on Saturday, September 18, 2021. He was born on November 17, 1935, in Mardela Springs, a son of the late Mary Louise (Bacon) Green and Millard Filmore Green. Trace, as he was known by many,... View Obituary & Service Information

The family of Tracy Allen Green created this Life Tributes page to make it easy to share your memories.

Tracy Allen Green, 85, of Mardela Springs passed away on Saturday,...

Send flowers to the Green family.