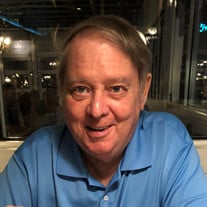 Thomas J. O’Dea, Jr., 75, of Delmar, passed away on Wednesday, November 17, 2021, at Coastal Hospice at the Lake in Salisbury, surrounded by his loving family. He was born on October 2, 1946, in Cheshire, Connecticut, a son of the late Thomas and Genevieve O’Dea. Tom graduated from Quinnipiac University in Connecticut and also attended Saint Vincent College in Pennsylvania. He began his career working at Southern New England Telephone, where he helped install the first ever 911 system. He previously owned a custom home and renovation company called Creative Rooms, and later began working as a pipefitter for Electric Boat and General Dynamics in Groton and New London, CT. Tom moved to the Salisbury area in 1994, and worked locally for Dupont Company, Shawnee/Nanticoke Homes, and Tanglewood Conservatories. He also worked in HVAC sales for North Star HVAC and Rogers Refrigeration. Tom loved to buy homes that he would renovate to sell or rent. He loved the character of older homes, and had a passion for restoring them. When Tom wasn’t working on one of his projects, he enjoyed taking time to play golf. He is survived by his children, Colleen O’Dea (Frank) of Hackettstown, NJ, Thomas O’Dea, III (Paula) of Princess Anne, and Kathleen Sprague (fiancé, Nick Raymond) of Parsonsburg; and brothers, Robert O’Dea (Teresa) and Richard O’Dea (Ann). In addition to his parents, he was preceded in death by a granddaughter, Jaiden Sprague. A visitation for family and friends will be held from 5:30 to 7:00 pm on Tuesday, November 30, 2021, at Short Funeral Home in Delmar. In lieu of flowers, contributions may be sent to the Delmar Fire Department, P.O. Box 143, Delmar, DE 19940, or to Coastal Hospice, P.O. Box 1733, Salisbury, MD 21802. Arrangements are in the care Short Funeral Home in Delmar. Online condolences may be sent to the family by visiting www.shortfh.com.

The family of Thomas J. O'Dea Jr. created this Life Tributes page to make it easy to share your memories.

Send flowers to the O'Dea family.