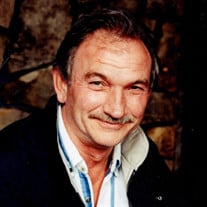 Thomas L. McCain, 71, of Delmar, passed away Monday, April 25, 2022, at TidalHealth Peninsula Regional Hospital in Salisbury, Maryland after a short battle with cancer. He was born January 22, 1951, in Philadelphia, Pennsylvania, a son of the late Marvin R. and Mary Cassidy McCain and in his youth grew up in Alabama. Tom loved baseball and was a pitcher for the Wahouma Pony League Little League World Series team of 1963. Even in his older years he still enjoyed watching the Little League World Series and rooting for the teams from Alabama. Tom also enjoyed following college baseball and football. Tom served his country in the U.S. Army from 1969 to 1971. After his honorable discharge from the Army, he went to work in the glass business and retired from the Retail Storefront Group after 45 years as a glazer. Within the glass business he was well known for his dedication and hard work. He couldn’t pass up a good flea market or auction and loved playing Rook and Solitaire and especially enjoyed a game of pool with his son, Justin. He will be remembered as a loving husband, father and brother with a wonderful sense of humor. He is survived by his wife of almost 31 years, Linda K. McCain; son, Justin T. McCain of Delmar; daughter, Lisa Moyers of Tennessee; cousins, who were like siblings to him, Michael W. McCain (Joy), Patricia M. Brooks; sisters-in-law, Joyce Nichols and Nancy Carr (Mike); brother-in-law, Donald Phillips (Beth); and several nieces and nephews. In addition to his parents, he was preceded in death by brothers, Lawrence R. McCain and Marvin R. McCain, Jr., and a brother-in-law, James Phillips. A visitation for family and friends will be held on Friday, April 29, 2022, from 6:00 to 8:00 p.m. at Short Funeral Home in Delmar. A graveside service will be held on Wednesday, May 4, 2022 at 11:00 a.m. at Elmwood Cemetery in Birmingham, Alabama. In lieu of flowers, memorial contributions may be made in his memory to Delmar Elementary School, 811 S. 2nd Street, Delmar, MD 21875. Arrangements are in the care of Short Funeral Home in Delmar. Online condolences may be sent to the family by visiting www.shortfh.com.

Thomas L. McCain, 71, of Delmar, passed away Monday, April 25, 2022, at TidalHealth Peninsula Regional Hospital in Salisbury, Maryland after a short battle with cancer. He was born January 22, 1951, in Philadelphia, Pennsylvania, a son of the... View Obituary & Service Information

The family of Thomas L. McCain created this Life Tributes page to make it easy to share your memories.

Send flowers to the McCain family.