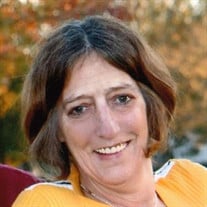 Tammy S. Dunston Casper passed away peacefully at her home in Seaford, Delaware on Saturday, March 14, 2020 at the age of 59. Tammy was born in Salisbury, Maryland on June 2, 1960, a daughter of Chuck Dunston of Salisbury and Charlotte Neill Melvin of Salisbury. She is also survived by her stepmother, Joyce Dunston and stepfather, Norris Melvin. Tammy and her husband William lived and raised their children in Newark, Delaware. That is where Tammy held her career as a production manager for Autotote Systems and Rodel in Newark, Delaware before moving to Seaford in 2004 so she and her husband could enjoy their grandchildren on a daily basis. Tammy enjoyed motorcycle riding with her husband and spending time with her grandchildren and this past year she was beyond excited to become a great grandmother to Brantley Kennedy. Tammy enjoyed a weekend party, shopping with her daughter, cook-outs, and time spent with her family. Tammy is survived by her loving husband, William H. Casper, Jr. of 43 years. They were married in Salisbury, Maryland on February 5, 1977. She is lovingly remembered by her daughter, Jaime Casper Kennedy (Brian) of Bridgeville; her son, Aaron Casper (Dixie) of Salisbury; six grandchildren, Tyler Kennedy of Bridgeville, Ethan Casper of Seaford, Jacob Kennedy of Bridgeville, Chloe Casper, Anna Casper, and Lily Casper all of Salisbury; a great grandson, Brantley Kennedy, son of Tyler Kennedy; siblings, Brian Melvin (Chris) of Delmar, Lee Melvin (Darlene) of Texas, Jackie Dunston (Jeanette) of Salisbury, Sherry Dunston Gladden (Brian) of Salisbury; step-sister, Alisa Melvin Bloodsworth (David) of Delmar; sister-in-law, Terry Casper Brown (Bobby) of Salisbury; brother-in-law, Ricky Casper of Salisbury; and several nieces, nephews and cousins. A Celebration of Life will be held the beginning of June, when she would be celebrating her 60th birthday. As soon as a date is confirmed the family will share it on social media and will be in contact with family and friends to share the details. Arrangements are in the care of Short Funeral Home in Delmar. Online condolences may be sent to the family by visiting www.shortfh.com.

Tammy S. Dunston Casper passed away peacefully at her home in Seaford, Delaware on Saturday, March 14, 2020 at the age of 59. Tammy was born in Salisbury, Maryland on June 2, 1960, a daughter of Chuck Dunston of Salisbury and Charlotte Neill... View Obituary & Service Information

The family of Tammy S. Dunston Casper created this Life Tributes page to make it easy to share your memories.

Tammy S. Dunston Casper passed away peacefully at her home in...

Send flowers to the Casper family.