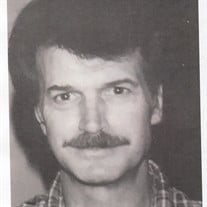 Robert Allan Truitt, 83, of Pittsville, beloved husband, father, grandfather, and friend, passed away on Saturday, October 19, 2019. Born June 29, 1936 in Pittsville, he was the son of the late Edward Ralph Truitt and Margaret Baker. Bobby proudly served his country in the US Navy from 1954 until 1957. He retired in 1982 as the produce manager at A&P where he began working as a teenager in Salisbury, later transferring to Berlin. He had a lifelong love of cars and trucks and could fix or build almost anything. After retirement he designed and built his own auto repair shop, Truitt’s Garage. After its closing, he and his wife Rachel traveled up and down the east coast with their business, R&R Antiques. Bobby appreciated nature, walking in the woods, and boating in the bay. He held a special place in his heart for animals and especially loved his dogs. He is survived by his wife of 57 years, Rachel V. Truitt; daughters, Christine Ashcraft and Kimberly Ashcraft, both of Salisbury; a grandson, Robert Martin of Salisbury; and nephews, Mark Evans of Philadelphia, Mark Truitt of Salisbury, Steve Davis of Pittsville, and lifelong friends Bob and Serena Morgan. In addition to his parents, he was preceded in death by a brother, Edward Lee Truitt , and sisters Marian Davis and Teresa Evans. Rachel, Chris, Kim and Robert would like to express most deeply their appreciation to Steve and Karen Davis for their care of “Lucky” and also to Bruce Coffin, family friend, for his generous and loving gift of time spent with Pop this summer. Memorial contributions may be made in his memory to a Humane Society of your choice. Think kindly of him when you see deer in the field, make a path through the trees, and during your sigh after your first sip of good coffee in the morning. Services are in the care of Short Funeral Home in Delmar. Online condolences may be sent to the family by visiting www.shortfh.com.

The family of Robert Allan Truitt created this Life Tributes page to make it easy to share your memories.