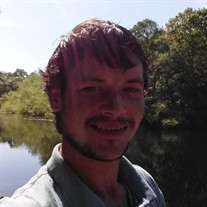 Robert William Conaway III, known affectionately as “Willie” or “Little Bobby”, 29, of Eden, passed away Friday, February 25, 2022, at BayHealth-Kent Campus. He was born March 9, 1992, in Salisbury, to Mia Wilkinson of Eden and Robert Conaway, Jr. of Harrington. Little Bobby was a skilled painter, roofer, and truck driver. He enjoyed working with his uncle, Danny Carmean, who helped him develop his painting skills. In his younger days, he enjoyed baseball, skateboarding, fishing and karate. A devoted Philadelphia Eagles fan, Little Bobby was fond of his family’s Eagles, Cowboys, and Redskins rivalry. In addition to his parents, he is survived by a son, Robert “Robbie” William Conaway IV; a stepfather, Lee Mariner of Eden, a sister, Angie Kernodle and husband Justin, of Eden; a brother, Billy Hall and wife Nathalie, of Princess Anne; his loving girlfriend, Jennifer Cortez of South Carolina; and his grandparents, Geneva and Larry Fitzgerald of Smith Island, Maryland. He was preceded in death by a brother, Ben Hall. Arrangements are in the care of Short Funeral Home in Delmar. Online condolences may be sent to the family by visiting www.shortfh.com.

The family of Robert William Conaway III created this Life Tributes page to make it easy to share your memories.

Send flowers to the Conaway family.