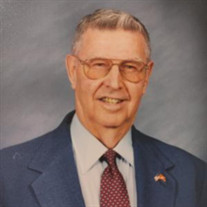 Richard G. Johnson, 89, of Laurel passed away peacefully of Saturday, May 22, 2021 at his home. He was born November 22, 1931 in Toledo, Ohio, a son of the late Floyd and Victoria Della (Heine) Johnson. Following graduation from high school Richard enlisted in the U.S. Marine Corps and proudly served his country and retired after more than 20 years of service as a 1st Sergeant. Richard was an excellent cook and most of his culinary training was learned while in the Marines. After his retirement, he owned and operated Johnson’s Midway Store in Bethany Beach where he developed many long-time friendships with his employees and customers alike. Needing a more flexible schedule he left the retail industry and enjoyed a successful career in real estate, where he worked several years for Jack Lingo Real Estate and Indian River Land Co. Richard was a life member of the Bethany Beach Volunteer Fire Department, the Delmar VFW Post 8276 and St. Stephen’s United Methodist Church where he served several terms as trustee and was the head bell ringer. He was a life-long avid Washington Redskins fan. He will be remembered as a humble, gracious, gentle and loving husband, father, grandfather, great grandfather, great-great grandfather, brother and friend to many. He is survived by his children, Cynthia S. Gootan (Serge) of Dunedin, Florida, Janet L. Wanner (Harry) of Millsboro, Jeffrey B. Johnson of Ocean City, Sue C. Niblett (Doug) of Delmar, Mary Ellen McCrea (Mike) of Laurel and Bruce Boyce (Bonnie) of Lewes; grandchildren, Kevin Atkins, Courtney Atkins, Nicholas Gootan (Meghan), Natalia Grise (Chris), Candice Gault (Kenny), Andrew Gootan, Rodney Niblett (Susan), Eric Niblett, Annelle Ripple (Mark), Kyle Jones (Kelly) and Breada Jones (Justin); great grandchildren, Mavy, Piper, Kenny III, Jacob, Laylah, Anabelle, Mallory, Sarah, Sydney, Conner, Lukas, Mackenzie, Myah, Mason, Ryan and Hadley; and a great-great grandson, Hudson. He is also survived by nieces, Dru and Noreen. The family would like to extend a special thank you for the care and support provided to Richard by his loving caregiver, Gail “Phyllis” Bailey,” who Richard considered family. In addition to his parents, he was preceded in death by his first wife of almost 50 years, Suzanne Phyllis Johnson, who passed in 1995; his second wife of 14 years, Mary Jane Johnson, who passed in 2012; and brothers, Ralph Johnson and Roger Johnson. A visitation for family and friends will be held on Friday, May 28, 2021 from 10:00 a.m. to 11:00 a.m. at St. Stephen’s United Methodist Church, 100 E. State Street, Delmar, where a service will follow at 11:00 a.m. Interment with military honors will be held at the Delaware Veterans Memorial Cemetery in Millsboro. The Reverend Phyllis Walton will officiate. Memorial contributions may be made in his memory to the VFW Post 8276, 200 W State Street, Delmar, MD 21875 or St. Stephen’s United Methodist Church, 100 E. State Street, Delmar, DE 19940. Arrangements are in the care of Short Funeral Home in Delmar. Online condolences may be sent to the family by visiting www.shortfh.com.

Richard G. Johnson, 89, of Laurel passed away peacefully of Saturday, May 22, 2021 at his home. He was born November 22, 1931 in Toledo, Ohio, a son of the late Floyd and Victoria Della (Heine) Johnson. Following graduation from high school... View Obituary & Service Information

The family of Richard G. Johnson created this Life Tributes page to make it easy to share your memories.

Richard G. Johnson, 89, of Laurel passed away peacefully of Saturday,...

Send flowers to the Johnson family.