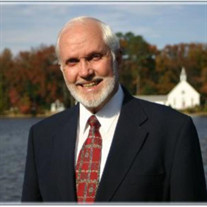 Richard Joseph Bridge, age 90, went home to be with the Lord on September 23, 2021. He was born June 13, 1931 to Menzo and Eva (Jackson) Bridge in Bradley Beach, NJ. After graduating from Asbury Park High School in NJ, Richard married his high school sweetheart, JoAnn Blackwell, in December 1950. After beginning college, Richard became a student minister and served in Methodist churches in South Jersey. A big believer in higher education, he graduated with a Bachelor’s Degree from Glassboro State College, a Master’s Degree in Education from Temple University, and then went on to graduate from Eastern Baptist Seminary. He was then ordained an Elder and served in United Methodist churches in the South Jersey Conference for over 40 years. Through the years he struggled with several health issues including valvular heart disease which, in his early fifties, required a heart valve replacement. That replacement enabled him to remain active for the remainder of his life doing the things he loved including outdoor athletic competition and training, tennis, kayaking, canoeing, bicycling, sailing, camping, and most recently, riding a recumbent trike. He passed along these interests to so many family members and friends. After he and JoAnn retired, they moved to southern Delaware into their red brick house on the stream with a dock. They continued to enjoy their time outdoors together and Richard also began serving part time in Delaware Methodist churches. He preached and lived redemption, love, and salvation and was always surrounded by family. Richard and his wife raised a large family. He is survived by his loving wife of 70 years, JoAnn, his six children Teresa Bridge-Jackson, Alice (Marvin) Crawford, Connie (William) Villegas, Mary Jo (Donna) Bridge, Richard M. Bridge, and Edward (Kirsti Kaldro) Bridge, 16 grandchildren, 17 great grandchildren, and 4 great great grandchildren along with many nieces, nephews, and friends. Richard is also survived by his older brother Menzo and predeceased by his brother Wilbur. He was a member of a large loving family and community, and he will be sorely missed. Services for Richard will be held at 11:00 am on Saturday, October 9, 2021 at Sailor's Bethel United Methodist Church, located at 7752 Main Street, Bethel, DE. A luncheon in celebration of Richard’s life will follow the service at, Woodland United Methodist Church, 5123 Woodland Church Road, Seaford, DE. In lieu of flowers, please consider making a donation to your favorite charity.

Richard Joseph Bridge, age 90, went home to be with the Lord on September 23, 2021. He was born June 13, 1931 to Menzo and Eva (Jackson) Bridge in Bradley Beach, NJ. After graduating from Asbury Park High School in NJ, Richard married his high... View Obituary & Service Information

The family of Richard Joseph Bridge created this Life Tributes page to make it easy to share your memories.

Richard Joseph Bridge, age 90, went home to be with the Lord...

Send flowers to the Bridge family.