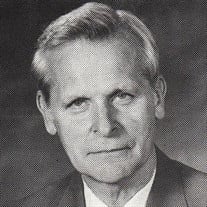 Philippians 1:21 “For to me, to live is Christ and to die is gain.” Reg Hancock, age 90, completed his earthly journey on Tuesday, December 1, 2020. “Reg,” as he was fondly known by many, was born in Stockton on April 30, 1930. He was a son of the late Alfred C. and Ella S. Johnson Hancock and graduated as class valedictorian from Pocomoke High School with the class of 1947. He proudly served his country in the U.S. Marine Corps from 1951 to 1953. Reg lived a life of public service and spent the first 10 years of his career as a Maryland State Trooper. He then went on to work for the Maryland Juvenile Services as a probation officer, where he worked primarily in Somerset County, from where he retired after 18 years of service. In 1986 he was elected County Commissioner for Worcester County, the first Republican candidate to win the office since the Civil War. Reg was a conservative who believed in limited government and reduction in public spending. He stood firm for the preservation and well-being of our fiscal and social environment and was in favor of term limits for all elected public officials. He loved the Eastern Shore and believed in preservation of our land of pleasant living and maintaining the rural lifestyle of southern Worcester County. He wanted to be remembered as a man of his convictions, a man who strived to be a good steward of the public trust without compromising his values and principles for personal or political gain or favor. He was a former member of Wesley United Methodist Church in Stockton, where he served as Sunday school superintendent, along with many other duties, and currently was a member of Old Chincoteague Baptist Church in New Church, Virginia. Memberships also included the Worcester County Republican Club and a past member of the Stockton Volunteer Fire Department. Reg loved working in his yard and playing good natured jokes on family and friends. He will be remembered as a wonderful neighbor who had a heart for helping others. He is survived by a sister, Louise (Mrs. Warren C.) Littleton of Stockton; nephews, Scott A. Hancock and wife, Ellen, and their children, Alex and Carrie, and Gary W. Hancock and wife, Nancy, and their children, Olivia and Jared; and nieces, Cheryl Vincent and husband, John Robert and Donna Lamberton. He also leaves behind his two faithful cats and companions, Buffy and Rusty. In addition to his parents, he was preceded in death by brothers, Alfred Strayer Hancock, who passed in 2005, and James Lyndon Hancock, who passed in 2008. A walk-thru visitation for family and friends will be held at Bates Memorial United Methodist Church in Snow Hill on Sunday, December 6, 2020 from 12:30 to 1:30 pm, followed by a Christ honoring graveside service with military honors, which begins at 2:00 pm at Beth Eden-Tilghman Hill Cemetery in Pocomoke. Pastor Donald Carroll and The Reverend Mike Fillis will officiate. Due to current gathering restrictions, masks and social distancing will be required. Memorial contributions may be made in Reg’s memory to Beth Eden-Tilghman Hill Cemetery Fund, c/o Mrs. Judith Tilghman, 4447 Little Mill Road, Stockton, MD 21864 or Chincoteague Baptist Church, c/o Robert D. Sparrow, 25 14th Street, Pocomoke City, MD 21851. 2 Corinthians 5:8 “We are confident, I say, and willing rather to be absent from the body and to be present with the Lord.” To send online condolences to the family, please visit www.shortfh.com. Arrangements are in the care of Short Funeral Home of Delmar.

The family of Reginald T. Hancock created this Life Tributes page to make it easy to share your memories.

Send flowers to the Hancock family.