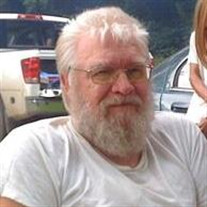 Raybourne Lee O’Neal, 71, of Delmar, MD passed away on Sunday, May 19, 2019 at his home surrounded by his family. He was born on April 25, 1948 in West Virginia, a son of Dolly Delena O’Neal of Dagsboro and the late Paul Samuel O’Neal. Ray loved West Virginia, having grown up on Bud Mountain in his early childhood. He enjoyed the mountains, digging ginseng, and fishing. At the age of 16 he suffered an unfortunate accident which left him with a broken neck. After that horrible experience, he was determined to live his life to the fullest and he went on to raise a family of his own. He will be remembered for his never give-up attitude and strength. He is survived by his children, Julie Humphrey (David, Jr.) of Delmar, MD, Samantha McBride (fiance, Roger Reed) and Joseph O’Neal (Teresa), of West Virginia; grandchildren, Stacey, Callie, Harley, Cassidy, Traci, and Joseph; 3 great grandchildren and 3 great grandchildren on the way; former wife, mother of his children, and caretaker, Denise Shrewsbury; siblings, Beverly Lester (Homer), DD O’Neal (Evey), Danny Paul O’Neal, Peggy Oren (David), and Robert “Buzz” O’Neal; and several nieces and nephews. In addition to his father, he was preceded in death by an infant son, William Ray O’Neal; and a brother, Billy O’Neal. A celebration of life will be held at 2:00 PM on Sunday, May 26, 2019 at the home of Julie and David Humphrey. Interment will be held at 3:00 PM on Sunday, June 2, 2019 at the Hickory Ridge Cemetery in West Virginia. In memory of Mr. O’Neal, contributions may be sent to Coastal Hospice, P.O. Box 1733, Salisbury, MD 21802. Arrangements are in the care of Short Funeral Home in Delmar. Online condolences may be sent to the family by visiting www.shortfh.com.

The family of Raybourne Lee O'Neal created this Life Tributes page to make it easy to share your memories.

Send flowers to the O'Neal family.