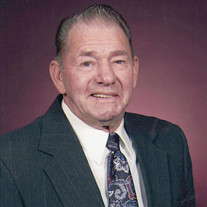 DELMAR- Quentin Marvin Tyrrell, Jr., 84, of Delmar, passed away peacefully on Saturday, January 6, 2018 at his home, surrounded by his family. He was born in Greenwood, Delaware on March 17, 1933, a son of the late Quentin Marvin Tyrrell, Sr. and Jessie Lucille (McIlvaine) Tyrrell. Marvin, aka “Junior,” attended Evelyn Morris’ Lincoln School and Milford High School. He proudly served his country in the US Army before embarking on his career in tree service. As a licensed tree expert and the owner of Tyrrell’s Tree Service Inc. for 42 years, he truly loved his work and the people he served. He was a member of the National Arborist Association, the East Side Men’s Club, where he enjoyed taking his wife dancing, and also attended St. Stephen’s United Methodist Church in Delmar. Marvin was also a gifted woodworker and one of his favorite accomplishments was designing and building the family home. His attention to detail is evident in the kitchen cabinetry and other furniture pieces he custom built that still adorn the home. He was a hands-on father and was always there for his family when they needed help with school projects and for several years he helped as a den leader for the Cub Scouts. His appreciation for nature and the world God made gave him a special fondness for birds. Some of his favorites were hummingbirds, bluebirds and purple martins. In his younger days he was an avid deer hunter and was proud of a citation he received for the largest deer taken in the Sussex County. He was blessed with a green thumb as he grew rows and rows of strawberries, cantaloupes, tomatoes, corn, squash and cucumbers. He also grew many varieties of grapes to make wine. He will be remembered as a loving husband, father and grandfather. He is survived by his wife of 50 years, Betty Miller Tyrrell, to whom he married on April 21, 1967; daughters, Diana T. Golt and husband, Sean of Dover and Dana L. Carlock of Delmar; a son, Bruce M. Tyrrell and partner, Vince Thawley of Philadelphia; grandchildren, Rhiannon N. Golt and Katelynn E. Carlock; brothers and sisters, Ruth Hurd of Milford, Marlene “Tootsie” Bailey of Milton, Gene S. Tyrrell (Margie) of California, Everett L. Tyrrell (Lee) of Lincoln and Lyle Merrick (Larry) of Bridgeville; and many nieces, nephews and great nieces and nephews. In addition to his parents, he was preceded in death by a brother, Calvin C. Tyrrell. A funeral service will be held on Saturday, January 20, 2017 at 11:00 a.m. at Short Funeral Home in Delmar, where family and friends many call from 10:00 a.m. to 11:00. The Reverend Phyllis Walton will officiate. Interment with military honors will follow at Springhill Memory Gardens in Hebron. Memorial contributions may be made in his memory to St. Stephen’s United Methodist Church, 101 E. State Street, Delmar, DE 19940 or Delaware Hospice, 100 Patriots Way, Milford, DE 19963. Arrangements are in the care of Short Funeral Home in Delmar. Online condolences may be sent to the family by visiting www.shortfh.com.

The family of Quentin Marvin Tyrrell Jr. created this Life Tributes page to make it easy to share your memories.

Send flowers to the Tyrrell family.