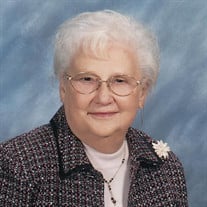 Phyllis Baker Parker, 91, of Delmar, passed away peacefully at her home on Wednesday, June 26, 2019, surrounded by her loving family. She wants the world to know that she is happily in the loving arms of Jesus and to remember it’s okay to be sad, but just for a little while, and to celebrate a life well lived. She was born November 5, 1927 in Delmar, a daughter of the late Walter L. and Maude Green Elliott. Maude passed away when Phyllis was only 6 years old, she was then lovingly raised by Ada and John Snyder. Phyllis graduated from the Delmar, MD High School with the class of 1948. She entered the nursing program at Peninsula General Hospital and took a position as an RN and became the first OB/GYN Supervisor at Nanticoke Memorial Hospital in Seaford when it opened in 1952. She worked until 1954, then returned to Nanticoke Memorial from 1958 to 1961. She retired from the Wicomico County Health Department in 1988 after 20 years of service. She was a lifetime member of St. Stephen’s United Methodist Church in Delmar where she served in many capacities. She was also an active member of the New Century Club of Delmar, the Maryland Nurse’s Association and Adah Chapter No. 5 of the Order of the Eastern Star. She will be sorely missed by the community of Delmar and is remembered as a loving and caring mother, grandmother, great grandmother, sister and friend to many. She was preceded in death by husbands, Lee P. Baker, Don Davis and Albert H. Parker; a son, Philip S. Baker; a brother, William H. Elliott; and sisters, Elizabeth White, Ada Snyder and Bea Zarella. She is survived by a son, Keith Baker (Joy); daughter, Leigh Ann See (Dave); grandchildren, Neil Baker (Mary), Greg Baker (Meg), Chad Baker (Kristian), John Cooper (Jen), Philip Cooper (Destiny), Ashley Baker, Jessie Morris (Jason), Jamie Killett (Brandon), Steve Causey (Kim), Kevin Causey (Cindy), Allen Dutton (Sarah), Gerald Wayne Dutton (Beth), and Danny Hickman; 31 great grandchildren; 2 great-great grandchildren; step-children, Donna Causey (Ken), Ed Dutton and Nancy Hitchens (Jim); loving nieces and nephews, Bonnie Maull, who was like a sister to Phyllis, Marion Hearn, George Hearn and Paul Hearn. An Eastern Star service followed by a memorial service will begin at 3:00 pm on Sunday, June 30, 2019 at St. Stephens United Methodist Church, 101 E. State Street, Delmar, Delaware. A visitation for family and friends will be held on Sunday from 1:00 to 3:00 pm. The Reverend Phyllis Walton will officiate. In memory of Mrs. Parker, contributions may be sent to the Philip S. Baker Memorial Scholarship Fund, c/o Neil Baker, 8586 Delmar Road, Delmar, DE 19940. Arrangements are in the care of Short Funeral Home in Delmar. Online condolences may be sent to the family by visiting www.shortfh.com.

Phyllis Baker Parker, 91, of Delmar, passed away peacefully at her home on Wednesday, June 26, 2019, surrounded by her loving family. She wants the world to know that she is happily in the loving arms of Jesus and to remember it&#8217;s okay... View Obituary & Service Information

The family of Phyllis Baker Parker created this Life Tributes page to make it easy to share your memories.

Phyllis Baker Parker, 91, of Delmar, passed away peacefully at...