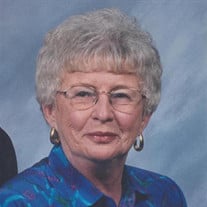 DELMAR- Phyllis Twilley Beach, 83, of Delmar, died Friday, December 13, 2019 at Coastal Hospice at the Lake in Salisbury after a brief stay. She was born December 2, 1936 in Salisbury, the daughter of the late William Edgar and Virginia Mae Twilley. Phyllis graduated from Mardela High School with the class of 1954. After graduation she studied at Goldey-Beacom College before returning to Salisbury. In her younger years she worked at WBOC, WICO and found her calling when she was offered a job at Delmar Elementary School, from where she retired after 25 years of service. At Delmar she worked in the main office as well as a teacher’s aide but was considered a “jack-of-all-trades” helping in whatever capacity needed. She loved her work so much that she returned to the school as a volunteer after retirement. She was a long time, faithful member of St. Stephen’s United Methodist Church in Delmar where she also served wherever needed. Phyllis had a servant’s heart and was always searching for ways to give back to her community which led to her honorary membership with the Delmar Fire Department Ladies Auxiliary, the New Century Club, the Red Hat Club and she was a social member for many years of the Delmar VFW Post 8276. Phyllis’ family came first as she supported her sons in their many activities as they were growing up. Then came the grandchildren, who she loved with all of her heart and she attended as many of their activities or ballgames as she was able to. She loved to travel on bus trips with friends, flowers, old movies and holidays. Christmas or a birthday was always an opportunity for Phyllis to remind family and friends that she cared and never went by without receiving a card and/or gift from Phyllis. She is survived by 2 sons, Barry Clifford Beach and his wife Donna of Oakton, VA and Brent Craig Beach and his wife Jada of Grasonville, MD; 3 grandchildren, Payton, Gabrielle and Cambell; a brother, Charles Twilley and his wife Nancy of Salisbury; a nephew, Curt Twilley and his wife Holly of Salisbury; and several great nieces and nephews. She is also survived by a host of friends from her church family and the Delmar Community who’s care and support over the last few years made it able for her to maintain her independence and remain in her beloved Delmar home. In addition to her parents, she was preceded in death by her husband of 52 years, Clifford M. Beach, who passed in 2012. A visitation for family and friends will be held on Wednesday, December 18, 2019 from 7:00 p.m. to 8:30 p.m. at Short Funeral Home in Delmar, and also on Thursday from 10:00 a.m. to 11:00 a.m. at St. Stephen’s United Methodist Church, 101 E. State Street in Delmar, where a funeral service will be held at 11:00 a.m. The Reverend Phyllis Walton will officiate. Interment will follow the service at St. Stephen’s Cemetery in Delmar. Memorial contributions may be made in her memory to St. Stephen’s United Methodist Church, 101 E. State Street, Delmar, DE 19940. Arrangements are in the care of Short Funeral Home in Delmar. Online condolences may be sent to the family by visiting www.shortfh.com.

DELMAR- Phyllis Twilley Beach, 83, of Delmar, died Friday, December 13, 2019 at Coastal Hospice at the Lake in Salisbury after a brief stay. She was born December 2, 1936 in Salisbury, the daughter of the late William Edgar and Virginia Mae... View Obituary & Service Information

The family of Phyllis T. Beach created this Life Tributes page to make it easy to share your memories.

Send flowers to the Beach family.