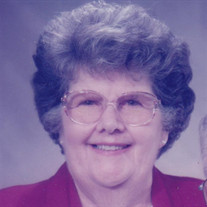 Molly R. Boody, age 91, died Friday, January 26, 2018, at her home surrounded by her husband, her six living children, and two grandchildren. She was born December 15, 1926, in Bloomsburg, Pennsylvania, the daughter of the late James and Hazel Ryan. Molly married her high school sweetheart Bob November 26, 1947, when he was home on leave from the United States Navy. During their 70 years as husband and wife, they experienced many happy moments: the birth of seven children, family vacations both on land and on water, school activities, touring France, Italy, and Ireland with Bob as the chauffer, visiting the British Virgin Islands via a 33-foot sailboat on three separate occasions, and retirement not only in Florida, but also Delaware; and a very devastating moment, the death of son David. Molly’s love of her family was apparent to anyone who met her. She proudly shared news of her children, grandchildren, and great-grandchildren. Even though none of them live near Bob and Molly, for many years, one early December weekend was set aside for all of them to gather for a traditional Boody Christmas, but then they returned to their homes for the Christmas traditions they had been encouraged to establish with their spouses and children. Molly’s devotion to her family and organizational skills were evident every night at 6 p.m. when a cooked meal was served family style to the family of nine and each morning when seven brown bags were lined up on the kitchen counter with not only each child’s name but also in the order that each left for school. Their devotion to their mother was equally apparent in memories shared and with the established telephone schedule to ensure Molly received a call each day of the week from a different child. When the children were in school, Molly was active in PTA activities as well as Sunday School and church activities. Once Bob and Molly moved to Delaware, she volunteered at Nanticoke Memorial Hospital, helped with activities sponsored by the Kiwanis Club of Delmar and eventually became a Kiwanian, and continued her involvement with church activities at All Saints Episcopal Church. Molly is survived by her husband of 70 years, Robert (Bob) Boody, of Delmar, DE; children Susan Johnson, of Maryland, Daniel Boody, of Florida, Barbara Randolph (Randy) of Tennessee, Elizabeth Blanton (Joe), of Florida, Margaret Greenwood (Jim), of Florida, and Stephen Boody (Dawn) of Pennsylvania; grandchildren Jeneen Schuber, Kristine and Christopher Johnson, Robert Manjura-Boody, Renee Ford, Theodore Halter, Kyle and Samuel Greenwood, Amanda Donoho, and David Boody; great-grandchildren Brandon, Joseph, and Jewlyn Kamrud, Alex Alsum, and Abby, Owen, and Mason Donoho; nephew Donald Shollenberger; and brother-in-law William Boody. Parents James and Hazel Ryan, son David, sister Dawn Benke, and brother Robert Ryan predeceased Molly. A memorial service is scheduled for Saturday, April 14, 2018, at 11 a.m. at All Saints Episcopal Church, 100 North 10th Street, Delmar, DE 19940. The Reverend Kenneth F. Athey, Jr. will officiate. Memorial contributions may be made in her memory to: All Saints Episcopal Church, P.O. Box 88, Delmar, DE 19940.

Molly R. Boody, age 91, died Friday, January 26, 2018, at her home surrounded by her husband, her six living children, and two grandchildren. She was born December 15, 1926, in Bloomsburg, Pennsylvania, the daughter of the late James and Hazel... View Obituary & Service Information

The family of Molly R. Boody created this Life Tributes page to make it easy to share your memories.

Send flowers to the Boody family.