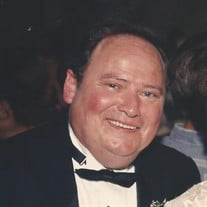 Michael “Mike” Joseph Walsh, Sr., 67, of Parsonsburg, formerly of Fruitland, passed away on Tuesday, August 22, 2017 at Fairfield Nursing and Rehabilitation Center in Crownsville, Maryland after a long battle with Alzheimer’s. He was born August 26, 1949 in Salisbury, a son of the late Douglas Franklin Walsh, Sr. and Elsie (Niblett) Andrews. From a young age, Mike’s passion was baseball. One of his proudest achievements came in 1962 where, as a member of the 1961-1962 Suburban Gas House Little League team, he was proudly selected as a member of the All-Star team. His love for baseball lasted into his adult years as he umpired for Fruitland Little League for many years. At age 19, he went to work at Crown, Cork & Seal in Fruitland, from where he retired after 30 years of service as a forklift operator. After retirement, he worked several years at Bennett Security. He was a past deacon at Fruitland Christian Church, where he belonged for many years. Mike was a lover of John Wayne movies and Elvis Presley music, however, his first love was his family and his work. He humbly cared for his aging mother before she passed away, a memory he always cherished. He is survived by children, Christine Marie Cropper (Stephen) of Salisbury, Michael Joseph Walsh, Jr. of Parsonsburg and Shannon Kelley of Laurel; grandchildren, Chad Allen Michaels (Ashley), Paige Cropper, Tiffany Walsh, Joseph Walsh and Ethan Caudill; great grandchildren, Skyler and Elijah; brothers, Douglas Walsh, Jr. and Steven Walsh; several nieces and nephews; and a former girlfriend, Mary Jane Price of North Carolina. In addition to his parents, he was preceded in death by his former wife, Margaret Hill, who passed in 2016. A funeral service will be held on Saturday, August 26, 2017 at 11:00 a.m. at Short Funeral Home in Delmar, where a visitation for family and friends will be held from 10:00 a.m. to 11:00. Interment will follow the services at Springhill Memory Gardens in Hebron. Memorial contributions may be made in Mr. Walsh’s memory to: Alzheimer’s Association/Eastern Shore Chapter, 909 Progress Circle, Suite 400, Salisbury, MD 21804. Online condolences may be sent to the family by visiting www.shortfh.com. Arrangements are in the care of Short Funeral Home, Delmar. .

The family of Michael Joseph Walsh Sr. created this Life Tributes page to make it easy to share your memories.

Send flowers to the Walsh family.