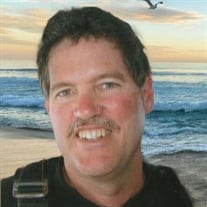 Michael C. Palmer, 62, passed away on Monday, August 9th, 2021 at his home. He was born on May 24, 1959 in Lewes Delaware, a son of Susan P. Calloway of Laurel, DE and the late Lawrence Palmer. Mike graduated from Milford High School with the class of 1977. He proudly served his country in the United States Navy as a Corpsman (Medical Field Service Technician) from August 1980 – August 1984. He received the humanitarian service medal (Lebanon), Navy Expeditionary Medal (Lebanon), Sea Service Deployment Ribbon, Navy Unit Commendation, First Good Conduct Award for period ending August 24, 1984. In 2002, he retired from Dupont Co. after 25 years of service, where he worked as an N-16 Spinning Machine Operator. While at Dupont he was a Counsel Representative for the Union, Fire Brigade and head of the Medical Alert Team. When able, Mike attended Laurel Wesleyan Church. Memberships included the Laurel American Legion Post 19 and Seaford VFW Post 4961. He also was a member of the Lower Shore Parkinson’s Support Group. Mike was an avid Philadelphia sports fan and faithfully rooted for the Eagles, Phillies, Flyers and 76ers. His godfather, Chris Short of Milford, played for the Phillies. Mike was also a NASCAR fan, loved to play cards and go fishing. Mike’s family was the most important part of his life. He especially loved spoiling his grandchildren and cherished his time with them. In addition to his mother and her husband, Robert Calloway, he is survived by his wife, Roxanne J. Palmer; sons, Danny Trivits, and Keith Trivits: grandchildren, Cody, Ashton, Aubrey and Grady Trivits; brothers, Steven Palmer and Doug Calloway (Nicole); a niece, Stephanie Powell (Matt); and a nephew, Joe Palmer. In addition to his father, he was preceded in death by his son, Steven Trivits. A funeral service will be held at 11:00 A.M on Saturday, AUgust 28, 2021 at Laurel Wesleyan Church, 30186 Seaford Road, Laurel DE 19956. Interment with military honors will be held at the Delaware Veterans Memorial Cemetery in Millsboro at a later date. In lieu of flowers, memorial donations may be made to: Lower Shore Parkinson’s Support Group c/o Mac, Inc. at 909 Progress Circle, Salisbury, MD 21804 or Delmarva Adult & Teen Challenge, P.O. Box 1271, Seaford, DE 19973 Arrangements are in the care of Short Funeral Home in Delmar. Online condolences may be sent to the family by visiting www.shortfh.com

Michael C. Palmer, 62, passed away on Monday, August 9th, 2021 at his home. He was born on May 24, 1959 in Lewes Delaware, a son of Susan P. Calloway of Laurel, DE and the late Lawrence Palmer. Mike graduated from Milford High School with the... View Obituary & Service Information

The family of Michael C. Palmer created this Life Tributes page to make it easy to share your memories.

Send flowers to the Palmer family.