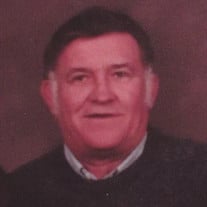 Maurice Franklin Adkins, 83, of Salisbury, passed away on Sunday, August 22, 2021 after a short stay at Coastal Hospice at the Lake in Salisbury. He was born in Salisbury on June 20, 1938, a son of the late Walter Franklin Adkins and Emma Kathryn (Haddock) Adkins. Maurice started working in the automotive and tire business for Burnett- White before getting an opportunity to work in the HVAC business. He worked for Pete White for several years, learning the HVAC trade before starting his own company, Maurice F. Adkins and Daughter Heating & Air. He proudly taught his daughter Maria the trade and together they took care of boilers and HVAC systems across Delmarva. He was well known and respected within the industry and even after retirement colleagues would call Maurice for advice on boilers and HVAC issues that they couldn’t solve. He enjoyed NACSAR and Saturday night races at the Delmar International Speedway where he even had his own parking space. Maurice had a special place in his heart for pets and especially loved his dogs and his grand-dogs. In his spare time Maurice loved fishing and fished whenever he had the time. In his later years, he enjoyed a long ride to appreciate the scenery and look for deer. He will be remembered for his contagious smile, his ability to fix anything and most importantly, for his profound love for his family. He is survived by his children, Maurice Lee Adkins (Barbara) of Parsonsburg, Maria E. Adkins (Marisa Carey) of Allen and Lisa G. Cathell (Hal) of Laurel; grandchildren, Cortney Cathell, Nicole Tingle (Dean) and Michael “Mikie” Lee Adkins (Anna) of Delmar; great-grandchildren, Julian, Caleb, Alaina, Hannah (M.J.), Jacob, Gracie and Oakleigh; and great-great grandchildren, Rylee and Lailah. He is also survived by a brother, Phillip Adkins (Pat) of Salisbury; a half-sister, Ruthie Johnson of Salisbury; and many nieces and nephews. He was preceded in death by his wife, Sylvia Mae (Nichols) Adkins; and brothers, Howard and Leonard Adkins. A visitation for family and friends will be held on Friday, August 27, 2021 from 10:00 a.m. to 11:00 at Short Funeral Home in Delmar, followed by a funeral service which will begin at 11:00 a.m. Due to the ongoing COVID-19 pandemic, masks must be worn by everyone participating in any aspect of the service. The Reverend Joel Beiler will officiate. Entombment will follow at Wicomico Memorial Park in Salisbury. Memorial contributions may be made in his memory to the Humane Society of Wicomico County, 5130 Citation Dr, Salisbury, MD 21804. Arrangements are in the care of Short Funeral Home in Delmar. Online condolences may be sent to the family by visiting www.shortfh.com.

Maurice Franklin Adkins, 83, of Salisbury, passed away on Sunday, August 22, 2021 after a short stay at Coastal Hospice at the Lake in Salisbury. He was born in Salisbury on June 20, 1938, a son of the late Walter Franklin Adkins and Emma Kathryn... View Obituary & Service Information

The family of Maurice F. Adkins created this Life Tributes page to make it easy to share your memories.

Maurice Franklin Adkins, 83, of Salisbury, passed away on Sunday,...