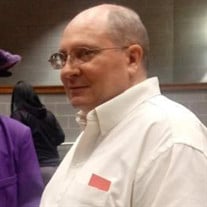 Mark S. Elliott, 61, of Delmar, passed away peacefully on Easter Sunday, April 17, 2022, at Atlantic Shores Rehab and Health Center in Millsboro, surrounded by his loving family. He was born July 14, 1960, in San Bernardino, California, a son of Kay (Rhodes) Elliott and the late Len Elliott. Mark graduated from Cambridge South Dorchester High School with the class of ’78. In his younger days he worked on the water with his grandfather, which helped cultivate his appreciation for the outdoors and his love for fishing. Mark’s favorite food was steamed crabs and he enjoyed picking crabs more than most. Mark was a man of faith and a member of the Laurel Wesleyan Church. He was a career salesman and most of his adult life he worked in insurance, amongst other industries. His greatest passion was his family. When the children were younger he was always present to support them for a ball game, band concert or school play. Mark was a faithful Baltimore Orioles and Dallas Cowboys fan (although Bonnie is a Redskins fan) and always looked forward to March Madness. In addition to his mother, he is survived by his wife of 31 years, Bonnie Bly Elliott; children, Paul Elliott of Philadelphia, Carol Greene (Stephen) of Ohio, David Elliott and Josh Elliott, both of Delmar; his beloved granddaughter, Isadora “Izzy” Greene; brother, Mike Elliott (Rita) of Sharptown; and a sister, Margie Elliott of Cambridge. He is also survived by several nieces and nephews and great nieces and great nephews; and his cat “M.K.” In addition to his father, he was preceded in death by a nephew, Jon Masarachia. A celebration of Mark’s life will be held on Friday, April 22, 2022, at 11:00 a.m. at the Laurel Wesleyan Church, 30186 Seaford Rd, Laurel, Delaware. In lieu of flowers, memorial contributions may be made in his memory to the Laurel High School to benefit the athletic department, music department or drama department, 1133 S Central Ave, Laurel, DE 19956. Arrangements are in the care of Short Funeral Home in Delmar. Online condolences may be sent to the family by visiting www.shortfh.com.

Mark S. Elliott, 61, of Delmar, passed away peacefully on Easter Sunday, April 17, 2022, at Atlantic Shores Rehab and Health Center in Millsboro, surrounded by his loving family. He was born July 14, 1960, in San Bernardino, California, a son... View Obituary & Service Information

The family of Mark S. Elliott created this Life Tributes page to make it easy to share your memories.

Mark S. Elliott, 61, of Delmar, passed away peacefully on Easter...