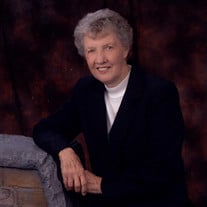 Lorena Grey Pasternak, 93, of Mardela Springs, and formerly of Waldorf, Maryland, passed away peacefully on Sunday, September 26, 2021. She was born August 27, 1928, in Roanoke, West Virginia, a daughter of the late Frank William Finster and Nellie Jeanette (Burkhammer) Finster. In her earlier years, Lorena stayed home to raise her family and was the consummate homemaker. While her children were in school, she began to volunteer at various school functions. This ultimately led to her working as a cafeteria worker for the Prince George’s County School system, from where she retired as the cafeteria manager, after 37 years of service. She was a long time, active member of Lifestream Church of the Nazarene in Waldorf, where she served in various capacities. She enjoyed being a member of the Red Hat ladies club and the mall walkers and considered friends in those groups as her extended family. She also enjoyed playing bingo, trips to the slots and her may bus trips with friends. Her greatest joy was found when spending time with her grandchildren and great grandchildren. She is survived by a son, Joseph R. Pasternak and wife, Susan of Mardela Springs; grandchildren, Bonnie Pasternak Shoemaker and husband, Richard, Christina McGann and husband, Ryan and Jeremy Pasternak; great grandchildren, Kaitlyn and CJ; and a sister, Marianna Morrison. She is also survived by several nieces and nephews. She was preceded in death by her husband, Joseph T Pasternak; a son Timothy Lee Pasternak; siblings Francis Finster, Rondall Finster and Willadean McQuain; and Grandson Jason T Pasternak. A celebration of Lorena’s life will be held on Tuesday, October 5, 2021 at 10:00 a.m. at Lifestream Church of the Nazarene in Waldorf, Maryland. Inurnment at Cheltenham Veterans Cemetery in Waldorf will be private. In lieu of flowers, memorial contributions may be made in her memory to Lifestream Church of the Nazarene, 5105 Leonardtown Rd, Waldorf, MD 20601, or Coastal Hospice, PO Box 1733, Salisbury, MD 21802. Arrangements are in in the care of Short Funeral Home in Delmar. Online condolences may be sent to the family by visiting www.shortfh.com.

Lorena Grey Pasternak, 93, of Mardela Springs, and formerly of Waldorf, Maryland, passed away peacefully on Sunday, September 26, 2021. She was born August 27, 1928, in Roanoke, West Virginia, a daughter of the late Frank William Finster and... View Obituary & Service Information

The family of Lorena Grey Pasternak created this Life Tributes page to make it easy to share your memories.

Lorena Grey Pasternak, 93, of Mardela Springs, and formerly of...

Send flowers to the Pasternak family.