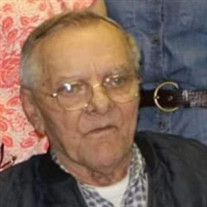 Lawrence Raymond Conner, 85, of Laurel, and formerly of Baltimore, passed away Sunday, August 15, 2021, peacefully at his home with his loving family. He was born April 20, 1936, in Baltimore, a son of the late Helen Novier Sherbert and Frederick Conner. Lawrence proudly served his country in the U.S. Army from 1954 to 1957. He was a supportive member of the American Legion Post 19 in Laurel and the International Order of the Moose, Edgemere. He was a long-time avid Baltimore Colts fan and even served multiple years as the President of Colts Corral 2. Mr. Conner found enjoyment in fishing the Chesapeake Bay, using his inventive talents to meet new challenges, and spending time with his family. Taking his family camping from Bar Harbor, Maine to Key West, Florida during the children’s younger years. Known for his “bean hole beans” and pudgy pies by the campfire, his creative and delicious cooking extended into the family kitchen at home. He was a hard-working, dedicated father and worked in many trades including multiple businesses throughout his life. First, a restaurant and bar, Port and Starboard Inn in Glen Burnie, Maryland. His construction company, RDK Builders serving the Baltimore area with custom built homes. Then, Conner’s Crafts with his wife, Peggy, to showcase and market his wooden creations. He used his creative talents in multiple ways, including developing and innovative method of soldering circuits, designing and building wooden crafts in his later years, and building a diorama of Hart Miller Island to protest before the Maryland legislature the dredging of the Baltimore Harbor. Even his abilities to rebuild and repair had its limits, so Mr. Conner strongly believed the world could be fixed with duct tape. A generous man with a big heart, Mr. Conner was often known to bring home strays, human or animal, to feed and generally help improve their immediate situation. He even enjoyed sharing his creativity to bring joy to others, whether building erupting volcanoes with his children or building centerpieces for a school prom. With a lifetime of experiences, lessons he left with his family were to work hard, always think outside of the box and nothing is impossible-difficult but always possible. He also enjoyed history, especially WW II movies and documentaries, and even in re-runs he loved Star Trek and old westerns. He is survived by children, Linda Stackowitz, Carol A. Murphy (Paul) and Mike Conner (Connie), all of Glen Burnie, and Suzanne Throckmorton (Brian) of Laurel, DE; 8 grandchildren; multiple great grandchildren; a brother, Richard Conner of Ellicott City; a sister, Helen Conner of New Hampshire; and many nieces, nephews, family and friends. In addition to his parents, he was preceded in death by his beloved wife, Margaret “Peggy” J. Conner; a sister, Joann Frantz; and a son-in-law, John Stackowitz. Family and friends are welcome to pay their respects on Wednesday, August 18, 2021, between 10:30 a.m. and 11:30 a.m. at the Short Funeral Home in Delmar. Funeral services will begin at 11:30, followed by interment with military honors at the Delaware Veterans Memorial Cemetery in Millsboro. Memorial contributions may be made in his memory to St. Jude’s Children’s Hospital by visiting https://www.stjude.org/. Arrangements are in the care of Short Funeral Home in Delmar. Online condolences may be sent to the family by visiting www.shortfh.com.

Lawrence Raymond Conner, 85, of Laurel, and formerly of Baltimore, passed away Sunday, August 15, 2021, peacefully at his home with his loving family. He was born April 20, 1936, in Baltimore, a son of the late Helen Novier Sherbert and Frederick... View Obituary & Service Information

The family of Lawrence Raymond Conner created this Life Tributes page to make it easy to share your memories.

Lawrence Raymond Conner, 85, of Laurel, and formerly of Baltimore,...

Send flowers to the Conner family.