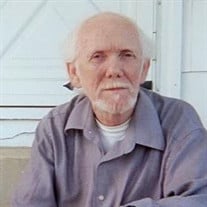 Delmar-Kenneth Wayne Birch, Sr., age 74, of Delmar, DE died Friday, July 7, 2017 at Peninsula Regional Medical Center in Salisbury, MD after a brief illness. Wayne was born February 20, 1943 in Nassawaddox, VA. He is the son of the late Herman W Birch and Mary Elizabeth Birch. He married Betty Jane Birch on July 27, 1974 and enjoyed almost 43 years of marriage. Wayne lead a full life and touched many people along the way. He had an amazingly strong work ethic until the end. The highlights of his careers started right out of high school when he went to work as a stenographer for the FBI. Later, he worked on the NASA Apollo Space Program out of Cape Canaveral, FL aboard the Recovery Ship Vanguard. After returning to the Delmarva area, he worked in materials management for K&L Microwave for 29 years. Wayne was also the face and namesake of Kenco Trophy Sales in Delmar, his wife's company, which has been in business for the past 41 years. He is survived by his wife: Betty Jane Birch; a daughter: Rebecca Lynn Birch; a son, Kenneth Wayne Birch, Jr.; a sister: Lucille Birch Gohl; and several nieces and nephews. In addition to his parents, he was preceded in death by a brother, Stephen Craig Birch, Sr. and a sister, Dorothy Birch Casper. A celebration of life event will be held Sunday, July 23, 2017 from 2-4pm at the fellowship hall at Holy Redeemer Catholic Church, Chestnut Street in Delmar. Wayne's family asks that you leave your tears at the door, but please bring happy stories to tell. In lieu of flowers, memorial contributions may be made to the American Heart Association, 200 Continental Drive, Suite 101, Newark, DE 19713 or the National Kidney Foundation of Maryland, 1301 York Road, Suite 404, Lutherville, MD 21093. Arrangements are in the care of Short Funeral Home in Delmar. Online condolences may be sent to the family by visiting www.shortfh.com.

The family of Kenneth Wayne Birch created this Life Tributes page to make it easy to share your memories.

Send flowers to the Birch family.