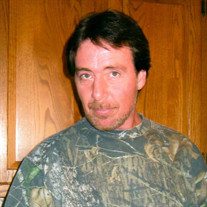 LAUREL- Keith Alan Spadin, 56, of Laurel, passed away at his home on Tuesday, December 5, 2017. He was born June 8, 1961 in Sharon, Pennsylvania, a son of Donna Jean (Stewart) Spadin of Delmar and the late James F. Spadin. Keith graduated from Wicomico High School with the class of 1979. He was a skilled carpenter who worked many years for On The Level Construction with his brother, Todd. He also worked several years as an installer for the Charles Brown Glass Co in Salisbury. Keith loved the outdoors, especially fishing and camping and was a faithful Pittsburgh Steelers fan. For years Keith played slow-pitch softball in different leagues across Delmarva. He had a special place in his heart for animals, especially his parrot, “Charlie.” He had a creative side to him evidenced in the many drawings he left his family with to cherish. He will be remembered as a loving father, son, brother, grandfather and friend. In addition to his mother, he is survived by his daughter, Kimberly Rae Spadin and her companion, Walt, of Salisbury; grandchildren, Hailey, “Pop-Pop’s Princess”, and Jacob, “Pop-Pop’s Little Man”; brothers, Todd Spadin and his wife, Dawn of Delmar and Eric Spadin and his wife, Bonnie of Princess Anne; a sister, Sheila Marie Gochnour of Delmar; several nieces and nephews; his companon for several years, Karla; and close friends, Bruce, Kevin and Randy. A memorial service will be held on Saturday, December 16, 2017 at 2:00 p.m. at Short Funeral Home in Delmar, where family and friends may call from 1:00 to 2:00. The Reverend Buzz Gregory will officiate. Memorial contributions may be made in his memory to the Humane Society of Wicomico County, 5130 Citation Drive, Salisbury, MD 21804, or the Salisbury Zoo, attn: Mary Seemann, P.O. Box 2979, Salisbury, MD 21802,. Arrangements are in the care of Short Funeral Home in Delmar. Online condolences may be sent to the family by visiting www.shortfh.com.

LAUREL- Keith Alan Spadin, 56, of Laurel, passed away at his home on Tuesday, December 5, 2017. He was born June 8, 1961 in Sharon, Pennsylvania, a son of Donna Jean (Stewart) Spadin of Delmar and the late James F. Spadin. Keith graduated... View Obituary & Service Information

The family of Keith A, Spadin created this Life Tributes page to make it easy to share your memories.

Send flowers to the Spadin family.