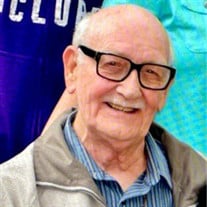 The family of Joseph M. Raley Jr. created this Life Tributes page to make it easy to share your memories.

“If something doesn’t change, you’re going to end up dead or...

Send flowers to the Raley family.