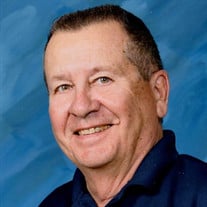 John E. Smith, Jr., 79, of Delmar, passed away peacefully at his home on Wednesday, September 29, 2021 after a brave battle with several health issues. He was born October 22, 1941 in Delmar, a son of the late John Edward Smith and Olive G. (Wingate) Smith. John graduated from Delmar High School with the class of 1959. Right out of high school he took a job at Culver’s Men’s Store in Delmar before being drafted into the U.S. Army. He proudly served his country from 1964 to 1966 before returning home where he landed a job at the DuPont factory in Seaford. He retired as an electrician in the powerhouse after 30 years of service. John was a very active member of the Delmar Fire Department for over 55 years, where he served many years as treasurer and asst. treasurer, along with other positions. He was also a charter member of the Wicomico County Fire Police and a member of the Delaware State Fire Police. He was a member of Charity United Methodist Church in Salisbury. Some of the best memories of John were made on the many trips he took with Jane Ann and friends, camping throughout the U.S. in National Parks, annual trips to Ocracoke Island for over 30 years, and trips to Bermuda were also a favorite. He loved the outdoors, especially surf fishing, quail hunting and camping. John was also very passionate about his N.Y Yankees, Baltimore Ravens and the Washington Capitals. He will be remembered for his dedication to the fire department, his wife and son, and his beloved Delmar. He is survived by his wife of 53 years, Jane Ann (German) Smith; son, Michael W. Smith and wife, Denise of Millsboro; sister, Anne Ford of North Carolina; nephew, Ryan Ford and wife, Sarah; nieces, Erin Kiser and Laurie Ford; sisters-in-law, Nancy Parrish and husband, Bill and Mary Gardner; aunt, Jean Smith; several nieces and nephews, great nieces and great nephews and cousins; and a host of great friends. In addition to his parents, he was preceded in death by brothers-in-law, Charles Ford and Jerry Gardner. A fireman’s funeral will be held on Saturday, October 9, 2021 at 11:00 a.m. at Short Funeral Home in Delmar, where a visitation for family and friends will be held from 9:00 a.m. to 11:00. The Reverend Dean Perdue will officiate. Interment will follow at St. Stephen’s Cemetery in Delmar. Memorial contributions may be made in his memory to Delmar Fire Department, P.O. Box 143, Delmar, DE 19940 or Charity United Methodist Church, c/o Karyl Tyler, 29276 Waller Road, Delmar, MD 21875. Arrangements are in in the care of Short Funeral Home in Delmar. Online condolences may be sent to the family by visiting www.shortfh.com.

John E. Smith, Jr., 79, of Delmar, passed away peacefully at his home on Wednesday, September 29, 2021 after a brave battle with several health issues. He was born October 22, 1941 in Delmar, a son of the late John Edward Smith and Olive G.... View Obituary & Service Information

The family of John E. Smith Jr. created this Life Tributes page to make it easy to share your memories.

Send flowers to the Smith family.