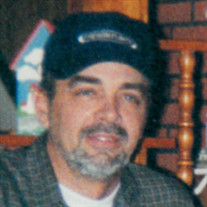 John “Jack” Joseph Littleton, 60, of Delmar, died Wednesday, November 15, 2017 at Peninsula Regional Medical Center in Salisbury. He was born November 1, 1957 in Salisbury, a son of the late William R. Littleton and Constance Ann (Dennis) Littleton. Jack drove a truck for the past 30 years for several companies, and most recently drove for Waste Management. He loved trucks and could fix anything. His current project was restoring an old truck, which he never got to finish. He is survived by the love of his life, Kathleen “Kathy” E. Costango, with whom he spent the past 8 years; a daughter, Jennifer M. Littleton (fiance, Chuck) of Laurel; a son, John William Littleton of Delmar; grandchildren, Brianna P. Powell, John Davis Powell, Bella K. Basiliko and Summer R. Vickers; brothers, William Littleton of Pittsville and Michael Littleton of Fruitland; a sister, Michelle Littleton Foster (Ken) of Parsonsburg; Kathy’s children, Michael Davis of Delmar and Amanda Davis Harmon of Bel Air; and several nieces, nephews, aunts, uncles and cousins. He is also survived by his lifelong friend, Jay Fisher of Delmar. A visitation for family and friends will be held on Monday, November 20, 2017 from 6:00 p.m. to 8:00 p.m. at Short Funeral Home in Delmar. Interment will be private. Arrangements are in the care of Short Funeral Home in Delmar. Online condolences may be sent to the family by visiting www.shortfh.com.

The family of John "Jack" Joseph Littleton created this Life Tributes page to make it easy to share your memories.