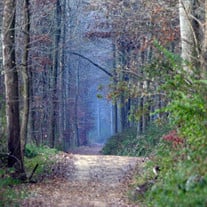 Jesse Lee Dickerson, 85, of Snow Hill, passed away on Wednesday, June 16, 2021 at TidalHealth Peninsula Regional in Salisbury. Jesse was the son of the late Burley Lee and Doris Marie (Taylor) Dickerson, and his late step-mother Anna Mary Dickerson. Jesse served our country in the U.S. Army where he was stationed in Korea. After returning to the States he began his long career with C&P Telephone Co, which later became AT&T. Jesse enjoyed hunting and fishing, bluegrass and “old” country music and loved to find a bargain at an auction sale. In addition to his parents, he was preceded in death by his wife, Carol, who passed February 2021; and a grandson, Steven Payne. He is survived by his 4 children, Karen Stewart (Rob), Sharon Payne (Garry), Stephen Dickerson and Kathi Figgs; 7 grandchildren and 15 great grandchildren. Graveside services will be held on Saturday, June 26, 2021 at 11:00 a.m. at Mt. Olive Cemetery in Snow Hill. The Reverend Kenneth Elligson will officiate. As per Jesse’s wishes, casual attire is requested. Memorial contributions may be made in his memory to the American Legion Post 67, Snow Hill, 120 E. Green Street, Snow Hill, MD 21863, or the Snow Hill Volunteer Fire Co, 4718 Snow Hill Road, Snow Hill, MD 21863 or the Eastside Memorial VFW Post 2996, 35481 Mt. Hermon Road, Pittsville, MD 21850. Arrangements are in the care of Short Funeral Home in Delmar. Online condolences may be sent to the family by visiting www.shortfh.com.

The family of Jesse Lee Dickerson created this Life Tributes page to make it easy to share your memories.

Jesse Lee Dickerson, 85, of Snow Hill, passed away on Wednesday,...

Send flowers to the Dickerson family.