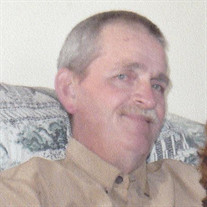 Jerry Dean Collins, 67, of Salisbury, Maryland, died Tuesday, May 14, 2019, at Peninsula Regional Medical Center in Salisbury. He was born on December 23, 1951 in Salisbury, to the late George Merrill Collins and Lillian Pearl Collins. Jerry graduated from Mardela High School and worked in the construction field for many years and built a home in 1987 on the family farm. He was also a tax preparer from an early age helping his dad and then taking over after the death of his father which continued to the present day. Many people (young and old) called him to get tax advice as they valued and respected his counsel. Jerry was a jack of all trades and was not afraid to tackle something new. He is survived by his wife of 37 years, Linda; a daughter, Jennifer (Nikki) Collins; a son, George M. Collins and a step-son, Tim D. Hastings; three grandchildren, Jeremy L. Wilson, Alyssa L. Hastings, and Caleb T. Hastings; siblings, Cinda Allison, Cathy Helgeson, Alexander (Buddy) Collins, Gary R. Collins, Hiram P. Collins and Zeke E. Collins, along with numerous nieces and nephews. He was preceded in death by siblings, Brenda J. Smart, Robert L. Collins, Mister M. Collins, George L. Collins, and Betty J. Collins. A memorial service will be held on Monday, May 20, 2019 at 6:00 p.m. at Short Funeral Home, 13 E. Grove Street in Delmar. In lieu of flowers, contributions may be sent to St. Jude Children’s Research Hospital by visiting www.stjude.org or the Arthritis Foundation by visiting www.arthritis.org. Please visit www.shortfh.com to send online condolences to his family.

The family of Jerry Dean Collins created this Life Tributes page to make it easy to share your memories.