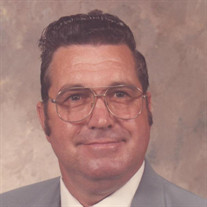 Jaredy D. Jarrett, (Jerry) 87, of Delmar passed away on Friday, September 4, 2020 at his home surrounded by his loving family. He was born on July 24, 1933 in Cambridge, Maryland, a son of the late Jaredy D. Jarrett and Hattie Kemp Jarrett. Jerry was drafted out of high school into the United States Army. He served during the Korean War and was honorably discharged in 1956. He worked 48 years delivering propane for several utility companies including Norgas, Chesapeake Utilities, and Sharp Gas. He was a devoted Christian, attending Delmarva Evangelistic Church since 1972. He served in many positions within the church. He worked in the bus ministry and did volunteer work at the church for 23 years, was on DEC Staff for 17 years, and earned an Honorary Associates Degree in 1985. Jerry fully retired at age 80 in 2013. Jerry will always be known to everyone as “The Keeper of the Keys.” He is survived by his wife of forty years, Susie L. Jarrett; his children, Betsy Wooten (John) of Seaford, Lisa Gordy (Mark) of Delmar, and Stanley Justis, III of Perry Point, Maryland; grandchildren, Kristin Wooten, Christopher Justis, Curtis Justis, Eliana Justis, Ashley Paugh (Nathan), Jordan Johnson (Michele), Catrina Justis (Chad), Matthew Gordy, and Meghan Kurtz (Dominic); 11 great grandchildren; siblings, William Jarrett (Karen), Mamie Short, Barbara Holly and Brenda Richardson, all of Cambridge; and several nieces and nephews. In addition to his parents, he was preceded in death by his brother, Edward B. Jarrett. A funeral service will be held at noon on Saturday, September 12, 2020 at Delmarva Evangelistic Church, 407 Gordy Road in Salisbury. A visitation for family and friends will be held two hours prior to the service. Pastor Robert “Buzz” Gregory will officiate. Interment will follow at St. Stephens Cemetery Park in Delmar. In memory of Mr. Jarrett, contributions may be sent to Delmarva Evangelistic Church, 407 Gordy Road, Salisbury, MD 21804. Arrangements are in the care of Short Funeral Home in Delmar. Online condolences may be sent to the family by visiting www.shortfh.com.

Jaredy D. Jarrett, (Jerry) 87, of Delmar passed away on Friday, September 4, 2020 at his home surrounded by his loving family. He was born on July 24, 1933 in Cambridge, Maryland, a son of the late Jaredy D. Jarrett and Hattie Kemp Jarrett. Jerry... View Obituary & Service Information

The family of Jaredy D. "Jerry" Jarrett created this Life Tributes page to make it easy to share your memories.

Send flowers to the Jarrett family.