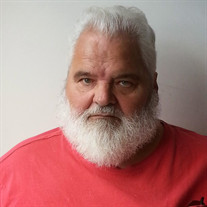 James E. Scott, formerly of Newark Delaware, passed away on Thursday, December 26, 2019. “Skip” as he was affectionately known to those who knew him, worked at the Newark Chinese Laundry & Dry Cleaners for many years starting during his high school years. He was unforgettable once you met him due to his smile, kindness, and mischievous grins. He was a “kid“ at heart and was a beloved brother, uncle, and friend. He loved feeding his squirrels and birds including the special squirrel he named “Buddy” that would come when called. He had a heart of gold and was always willing to help anyone, anyway he could. He loved basketball, the Eagles football team, and watching all his old TV shows. Skip watched over all the kids lucky enough to cross his path and even college kids on the street he lived on in Newark where they even gave him the nickname, “Mayor of Choate Street.” He was also everyone’s Santa at Christmas! He was deeply loved and will be truly missed. James was predeceased by his parents, Charles C Scott and Lucille W Scott, sister, Betty J Hume, and brother, John J Scott III. He is survived by his brother, Charles C. Scott Jr (Dianne), sister, Shirley A. Weaver (Barry), and sister, Donna L. Willingham, as well as, his uncle, Raymond Scott and several nieces and nephews and cousins. He will be especially missed by his friends, especially Jim, Bill & Barbie, Joe, and Ron in Whitechapel Village, Newark DE where he relocated to six years ago. Services to be private with a possible memorial at some future date.

James E. Scott, formerly of Newark Delaware, passed away on Thursday, December 26, 2019. &#8220;Skip&#8221; as he was affectionately known to those who knew him, worked at the Newark Chinese Laundry & Dry Cleaners for many years starting during... View Obituary & Service Information

The family of James E. Scott created this Life Tributes page to make it easy to share your memories.

Send flowers to the Scott family.