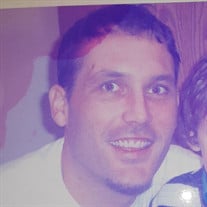 James William “JW” Savage, Jr., 44, of Salisbury, passed away on Wednesday, August 19, 2020 at PRMC in Salisbury, Maryland. He was born on February 9, 1976 in Salisbury, the son of James William Savage, Sr. of Salisbury and Dorothy Savage of Berlin. “JW” as he was fondly known by family and friends was a 1994 graduate of Wicomico High School. He enjoyed watching anything sports related. After graduation, JW went to work for his father at Savage Home Improvement, and then went on to own his own company, JW Savage Construction, where he was known as a perfectionist in his work. He found great enjoyment out of listening to his son Trey play the guitar, and he bragged on his ability to anyone who would listen and he was extremely proud of his son Wesley’s academic achievements. He had a loving personality and was liked by everyone he met. He was a wonderful husband and father to his two sons. In addition to his parents he is survived by his wife of 17 years, Lisa Renee Savage; sons, James “Trey” Savage, III and Wesley Savage; a sister, Michelle Smith (Rob); nephews, Benjamin Smith, Ryan Ellis, and David Citroni, a niece, Chloe Citroni; great nephew, Maxwell A. Ellis; grandfather, George “Buddy” Schevel, father-in-law, Joseph J. Ellis, Sr; mother-in-law, Sharon K. Ellis; and several aunts and uncles. A visitation for family and friends will be held from 11:00 to 12:00 p.m. on Thursday, August 27, 2020 at Short Funeral Home in Delmar. Due to current gathering restrictions, masks and social distancing will be required. The funeral service will be private. Interment will be in Wicomico Memorial Park in Salisbury. In anyone wishes to make a donation in memory of JW, please reach out to his family directly. Arrangements are in the care of Short Funeral Home in Delmar. Online condolences may be sent to the family by visiting www.shortfh.com.

The family of James William "JW" Savage Jr. created this Life Tributes page to make it easy to share your memories.

Send flowers to the Savage family.