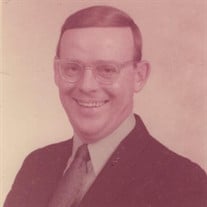 James Robert Fisher, 87, of Delmar, passed away peacefully on Tuesday, May 3, 2022, after a brief stay at the Macky & Pam Stansell House of Coastal Hospice in Ocean Pines. Well loved by all, he was Jim to some and Bob to others, and Jim Bob to his three daughters. A local boy born in Delmar, MD on Christmas Day of 1934, he was the youngest son of the late Walter William Fisher and Stella Frances (Ennis) Fisher. After graduating from Snow Hill High School with the class of 1953, Bob quickly enlisted and proudly served his country in the United States Marine Corps. After his Honorable Discharge, he continued to serve his country as a USMC sharpshooter trainer. An accomplished baseball player who worked his way into semi-pro baseball, a passion that continued into much later life in the local softball leagues. His business and community involvement began as an insurance agent before moving into insurance adjusting. Along with his business partner, William Miles, Bob launched Peninsula Adjusting in Salisbury, MD, which they owned and operated, and then retired after a rewarding and fruitful career of over 40 years. He also enjoyed hunting, fishing and boating, and he was an active, contributing member of both the First Baptist Church of Delmar and the VFW Post 8276 in Delmar. But Bob's real passion and priority was his family. He was fortunate to marry the prettiest girl on the Delmarva peninsula, Reba Lee Hall, and doubly fortunate to be doted on by their three lovely daughters. His girls were the very center of his life. He enjoyed nothing more than playing catch, attending their many school events, or walking them down the aisle, which he did with a playful sense of humor and a warm and generous heart. That is how Bob will be remembered and missed. He is survived by his three daughters, Debra Fisher Gordy of Delmar, Lorri Fisher White and Brendan McAdams of Baltimore, and Valerie Fisher Wooley and husband Thomas Scott Wooley of Atlanta, Georgia; grandchildren, Matthew Gordy, Meghan Kurtz and husband Dominic, Justin White, Kylie White, Aidan Wooley and Garrett Wooley; great granddaughters, Daisy Gordy and Stella Kurtz; nephew, Will Fisher and wife Claudia; niece, Cheryl Ann Thomas and husband Gary; and a half-brother, Brian “Butch” Fisher. In addition to his parents, he was preceded in death by his beloved wife of 62 years, Reba Lee (Hall) Fisher; a brother, Walter William Fisher; and a grandson, Michael Gordy. A visitation for family and friends will be held on Saturday, May 21, 2022, from 4:00 pm to 5:00 pm at Short Funeral Home in Delmar, where military honors will be held at 5:00. Memorial contributions may be made in his memory to The Macky & Pam Stansell House of Coastal Hospice, P.O. Box 1733, Salisbury, MD 21802. Arrangements are in the care of Short Funeral Home in Delmar. Online condolences may be sent to the family by visiting www.shortfh.com.

James Robert Fisher, 87, of Delmar, passed away peacefully on Tuesday, May 3, 2022, after a brief stay at the Macky & Pam Stansell House of Coastal Hospice in Ocean Pines. Well loved by all, he was Jim to some and Bob to others, and Jim Bob... View Obituary & Service Information

The family of James Robert Fisher created this Life Tributes page to make it easy to share your memories.

James Robert Fisher, 87, of Delmar, passed away peacefully on...

Send flowers to the Fisher family.