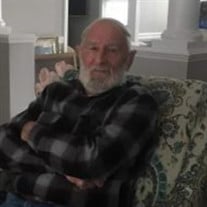 George W. Brown, 80, of Delmar, passed away on Wednesday, March 9, 2022, at TidalHealth- Peninsula Regional in Salisbury. He was born on April 17, 1941, in Salisbury, Maryland, a son of the late Andrew Jackson Brown and Anna G. (Wootten) Brown. George and his twin brother, Tommy were raised on a little farm on Sandy Hill Road in Wetipquin, Maryland. George served his country in the U.S. Army from 1962 to 1965. He grew up having a close bond with his brother, and they shared many special times together. In his early years, he began working on the water in Nanticoke, crabbing and oystering. Once moving to Delmar with his brother, they became known as the “Brown Brothers” to all those who knew them. He and his brother spent the next 40 years working together for P&A Paving and then for Jim and Jeff Brown at Chesapeake Paving. They were true pioneers in the paving business, always arriving early for work and remaining dependable and reliable employees for all their working years. He was a NASCAR fan, and his favorite driver was Dale Jarrett. They loved to watch dirt track racing and had a lot of friends in the racing community. For years, he and Tommy attended the Georgetown Speedway on Friday nights and the Delaware International Speedway in Delmar on Saturday nights, and also helped sponsor and work on car #33, which Brad Trice raced. Additionally, George and Tommy were faithful followers of the Hastings Butcher Shop every Thursday morning at 9 am both Brown brothers would additionally pick up separate orders for friends such as Billy Collingsworth and Rodney Long. He also had a wonderful knowledge of politics, and stayed informed on the current issues facing our country. George is survived by his special friends, Billy and Patsy Collingsworth. In addition to his parents, he was preceded in death by a sister, Rosalee Jones; and his twin brother, Thomas H. Brown. George’s extended family would like to thank the nurses and team on the covid-care unit and 5 Layfield at TidalHealth Peninsula Regional for the special care they gave George during his hospital stay. A funeral service will be held at 1:00 p.m. on Thursday, March 17, 2022, at Short Funeral Home in Delmar. A visitation for family and friends will be held one hour prior to the service. The interment will follow in Wetipquin Cemetery. In memory of Mr. Brown, contributions may be sent to The West Side Fire Department, 21045 Nanticoke Road, Bivalve, MD 21814 or Delmar Fire Department, PO Box 143, Delmar, DE 19940, or to the Wetipquin Cemetery Fund, 30687 Foxchase Drive, Salisbury, MD 21804. Arrangements are in the care of Short Funeral Home in Delmar. Online condolences may be sent to the family by visiting www.shortfh.com.

George W. Brown, 80, of Delmar, passed away on Wednesday, March 9, 2022, at TidalHealth- Peninsula Regional in Salisbury. He was born on April 17, 1941, in Salisbury, Maryland, a son of the late Andrew Jackson Brown and Anna G. (Wootten) Brown. George... View Obituary & Service Information

The family of George W. Brown created this Life Tributes page to make it easy to share your memories.