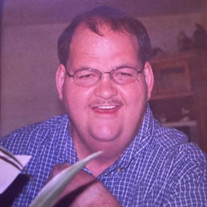 Gary Ray Collins, Sr., 66, of Hebron passed away peacefully on Thursday, February 17, 2022 at Mercy Medical Center in Baltimore surrounded by his loving family. He was born on April 16, 1955, in Salisbury, a son of the late George Merrill Collins, Sr. and Lillian Pearl (Shockley) Collins. Many people may remember Gary for his boisterous laugh but to close friends and family they saw a heart of gold and a man who loved helping people. He also loved getting to know new people because for him, a stranger was just a friend he hadn’t met yet. He graduated from Mardela High School in 74 and took a job as a meat cutter at Smith's IGA in Hebron where he would soon after marry his wife Phyllis. They would go on to drive school buses for Wicomico County Md. for the next 40 years together until he retired and spent as much time with his grandchildren as he could. He will be remembered as a wonderful husband, a loving father and grandfather. He is survived by his loving wife of 42 years, Phyllis L. Collins; children, Amy Collins, Ashley Smith, and Gary Ray Collins, Jr.; grandchildren, Kevin Ayers, Jr., Dylan Smith, Luke Smith, and Mila Smith; siblings, Zeke Collins, Sr., Cathy Helgeson (Neil), Cinda Allison (Gary), and Hiram Collins; and several nieces and nephews. In addition to his parents, he was preceded in death by his siblings, George M. Collins, Jr., Betty J. Collins, Robert Collins, Mister Collins, Brenda Smart, Jerry Collins, and Alexander Collins. A visitation for family and friends will be held at Short Funeral Home in Delmar on Wednesday, February 23, 2022 from 6:00 to 8:00 pm and on Thursday, February 24, 2022 from 1:00 to 2:00 pm. The funeral service will begin at 2:00 pm on Thursday. Interment will be held in Hebron Cemetery. Arrangements are in the care of Short Funeral Home in Delmar. Online condolences may be sent to the family by visiting www.shortfh.com.

Gary Ray Collins, Sr., 66, of Hebron passed away peacefully on Thursday, February 17, 2022 at Mercy Medical Center in Baltimore surrounded by his loving family. He was born on April 16, 1955, in Salisbury, a son of the late George Merrill Collins,... View Obituary & Service Information

The family of Gary Ray Collins Sr. created this Life Tributes page to make it easy to share your memories.

Gary Ray Collins, Sr., 66, of Hebron passed away peacefully on...