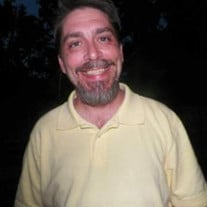 With family by his side, Eugene “Tink” Howard Grove III, age 54, passed away on Monday, February 21, 2022, at Tidal Health Peninsula Regional, Salisbury. He was born December 8, 1967, in Baltimore, Maryland, the son of Cynthia (Dunbar) Shaver and the late Eugene Howard Grove II. Tink was one of five children and a 1985 graduate of James M. Bennett High School in Salisbury, MD. After high school, he enlisted in the United States Army serving from 1986-1989, specializing in diesel mechanics. During his tenure in the U.S. Army, Tink was stationed in Hawaii. Soon thereafter, he returned to Maryland where he began his career with Barr International, quickly advancing to managing the shop and parts departments. He enjoyed working with vehicles and could assemble one from scratch. Tink blended families in 1996 with his wife of 23 years, Laura Grove. They moved to Laurel, Delaware and later had two more children. Tink enjoyed taking his family of 9 on many camping trips. He was an avid outdoorsman, passing down his love of fishing to his children and grandchildren. Tink has been a member of Oak Ridge Baptist Church since 2005. One of his most notable contributions was holding the position as Deacon from 2009-2013. He also participated in leader retreats, homeless outreach programs, Celebrate Recovery, training conferences, small group hosting and was considered the “grill master” at their Tennessee missions’ trip. He also enjoyed many hobbies and was considered “a jack of all trades.” From plumbing and car mechanics to carpentry and remodeling homes, he could do it all. Tink loved side jobs and teaching his kids how to fix things. He also enjoyed NASCAR, football, basketball, swimming, ice cream and his Toyota FJ Cruiser. His biggest accomplishments were his children and grandchildren, to which he loved and cherished. Hearing the grandchildren call him “Paw Paw” would put a huge smile on his face. Tink was preceded in death by his father, Eugene Howard Grove II, step-father, Billie Ray Shaver, nephew, Wayne Bailey II, grandmother, Agnes (Sterling) Dunbar and his beloved grandfather, James Harold Dunbar. He is survived by his seven children: Brandon Michael Grove and partner, Brittany Craige, Corey Alan Grove, Tabatha Lynn Roberts and partner, Cody Durbin, Bruce Mack Michael Roberts and wife, Mackenzie, Ashley Elizabeth Poole and husband, Donald, Joshua Jesse Dunbar Grove and Faith Cheyenne Grove; eight grandchildren: Bria Grove, Ryder Messick, Carson and Savannah Durbin, Bruce Roberts Jr., Journey Roberts, Jackson and Jordy Poole; 3 brothers: David Dunbar and wife, Marsha, James Grove and wife, Bethany, Wayne Bailey and wife, Mary; 2 sisters: Aimee Lloyd and husband, Daniel, Angela Hance and husband, Don; several nieces, nephews, other relatives and friends. A celebration of life will be held on Saturday, March 5, 2022 at 11am at Oakridge Baptist Church with celebrant, Pastor Brian Moss. In lieu of flowers, the family would appreciate contributions to aid with these unexpected costs. Contributions can be made to Short Funeral Home in memory of Eugene “Tink” Howard Grove III, 13 East Grove Street, Delmar, DE 19940, (302-846-2525) Arrangements are in the care of Short Funeral Home in Delmar. Online condolences may be sent to the family by visiting www.shortfh.com.

The family of Eugene "Tink" H. Grove III created this Life Tributes page to make it easy to share your memories.

With family by his side, Eugene “Tink” Howard Grove III, age...

Send flowers to the Grove family.