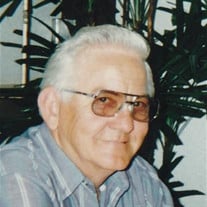 Delmar – Donald Lee Brown, 81, of Delmar, DE passed away on Wednesday, August 28, 2019 at his home in Delmar, after succumbing to cancer. He was born October 2, 1937 in Seaford, Delaware, the son of the late Floyd Benjamin Brown and Meredith Ida (Hearn) Brown Hastings. Donald was a veteran of the U. S. Army Reserve in the late 1950s and an active Life Member of Delmar VFW Post 8276 Auxiliary, where he became a life member in 2016 after 13 years of service. “Good Donald” thoroughly enjoyed visiting his friends at the Post and helping out whenever he could. He worked for both the Banks & Pusey Pants Factory and W. R. Wilson Manufacturing (later Delmar Sportswear and Devon Apparel), both in Delmar, MD. He started out as a 16 year-old bundle boy and apprentice at the Banks & Pusey Pants Factory in late 1953. He would spend many years between the two factories because of his exceptional machinist skills, retiring as the head machinist at Devon Apparel in 1989 when this factory finally shut down after several owners over the years. He then went to work for Ikon Copier Solutions until his eventual full retirement in 2002. Over his lifetime, Donald was a 'jack of all trades'. There probably wasn't a sewing machine, automobile or other mechanical or household device that he couldn't fix. In his late 20's, he enrolled in and completed the National Radio Institute electronics home-study course, adding electronic equipment repair to his list of skills. Donald loved NASCAR, cars and racing. The US 13 Dragway and Delaware International Speedway in Delmar were his favorite weekend places to go most of his lifetime. He loved working on cars with his brothers, Howard and Kenneth, at Brown's Used Cars. The three of them would spend most of their 'spare time' together working on cars. He was an avid CB radio operator in his early adult years, volunteering with the Delmar Police on special occasions. Donald was a humble, honest, hard-working man, who didn't hesitate to help someone whenever he could. He was loved, and will be sorely missed, by so many. He is survived by the mother of his children, Helen Annette (Coleman) Brown Mutchler of Delmar, MD; son Donald Craig Brown (Ericka) of Port Charlotte, FL; son Kyle Lee Brown (Lisa) of Clermont, FL; son Daniel Wade Brown (Kim); his brother, Arnold Wayne Brown (Lois) of Easley, SC; and Cheryl Post, Alan Post, and Lindsey (Mullin) Nanez, who he helped raise when they were children. He is also survived by 8 grandchildren, 4 step-grandchildren, 9 great-grandchildren, several cousins and many nieces and nephews. In his final year, his dear friends Kimberly and James Owens of Galestown, MD were instrumental in providing support and care for him. In addition to his parents, he was preceded in death by his son, Darren Wesley Brown, two sisters Hazel Meredith Brown and Betty Ellen (Brown) Littleton, and two brothers, Howard Benjamin Brown and Kenneth Floyd Brown, Sr. A viewing will be held on Sunday, September 1, 2019 from 12:45 p.m. to 1:45 p.m. at Short Funeral Home in Delmar. Graveside service and interment with military honors will be held after the viewing at 2:00 p.m. at St. Stephen’s Cemetery in Delmar. Donald will be buried next to his son, Darren. In memory of Donald, contributions may be sent to Coastal Hospice, P.O. Box 1733, Salisbury, MD 21802 or Delaware Hospice, 100 Patriots Way, Milford DE 19963. Arrangements are in the care of Short Funeral Home in Delmar. Online condolences may be sent to the family by visiting www.shortfh.com.

Delmar &#8211; Donald Lee Brown, 81, of Delmar, DE passed away on Wednesday, August 28, 2019 at his home in Delmar, after succumbing to cancer. He was born October 2, 1937 in Seaford, Delaware, the son of the late Floyd Benjamin Brown and Meredith... View Obituary & Service Information

The family of Donald Lee Brown created this Life Tributes page to make it easy to share your memories.