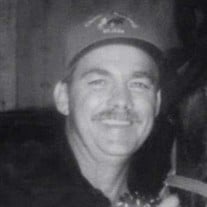 Alexander “Buddy” Collins, 65, of Salisbury, passed away on Thursday, July 11, 2019 at PRMC in Salisbury, Maryland. He was born on January 19, 1954 in Salisbury, a son of the late George Merrill Collins and Lillian Pearl Collins. Buddy worked as a farmer throughout the years, and worked for Perdue Brothers and S & J Villari raising and selling hogs. He was a fan of the Baltimore Ravens and NASCAR. He enjoyed listening to music, and most importantly, spending time with his family. He is survived by his wife of 38 years, Terri Lynn Collins; a son, Alexander Collins, Jr. ; grandchildren, Jeffrey Layton, Alex Collins, III, Jake Collins, and Lilly Collins; siblings, Cinda Allison, Cathy Helgeson, Gary R. Collins, Hiram P. Collins and Zeke E. Collins, several nieces and nephews; and his beloved dog, “Tootsie.” In addition to his parents, he was preceded in death by his siblings, Jerry D. Collins, Robert L. Collins, Mister M. Collins, George L. Collins, Brenda J. Smart, and Betty J. Collins. A memorial service will be held at 6:00 pm on Monday, July 15, 2019 at Short Funeral Home, 13 E. Grove Street in Delmar. The Reverend Oren Perdue will officiate. In memory of Mr. Collins, contributions may be sent to the American Heart Association by visiting www.heart.org. Arrangements are in the care of Short Funeral Home in Delmar. Online condolences may be sent to the family by visiting www.shortfh.com.

The family of Alexander "Buddy" Collins created this Life Tributes page to make it easy to share your memories.

Alexander “Buddy” Collins, 65, of Salisbury, passed away on Thursday,...