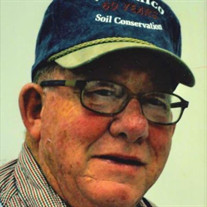 Albert Richard Tingle, 86, passed away peacefully Wednesday, June 23, 2021 at TidalHealth Peninsula Regional in Salisbury. He was born January 2, 1935 in Salisbury, a son of the late Oliver and Rosa Tingle. Albert was a proud lifelong Wicomico Countian being raised and living in Parsonsburg. He was a self-employed carpenter at North Park Gardens in Salisbury for many years and the Eden Roc Motel in Ocean City. He owned rental homes until he was 65 years old. His words of advice to live by were, “Be good, go to church and do good in life. Take care of your family.” Throughout his life, Albert, a man with a quick wit and the kindest soul, felt volunteering was important, spending many hours serving his God through his church and coaching youth football and baseball. He had a passion for the Salisbury Gun Club and loved writing articles for the club to memorialize events. He was very involved in the gun club’s youth gun safety program. Known as an expert skeet shooter, he was also an avid 4-H Club supporter. He served in a variety of capacities for his Bethel United Methodist Church including Sunday School Supervisor and Lay Speaker. Albert was a true and classic Eastern Shoreman, loving to hunt, fish, working in his shop and around his property farming and always enjoying the outdoors. He raised show chickens for many years to display during the local county fairs including the Somerset County Fair, of which he was a member of the Board of Directors. In 2012, the fair book was dedicated in his honor for his decades of service and contributions. Albert and Ellen together operated a guided whitetail and sika deer hunting lodge in Elliotts Island. He also enjoyed his many years of playing baseball and softball as a youth and into his early adulthood. He loved the Baltimore Colts until they moved, as well as the Orioles. He left behind a collection of poems and songs for his family to enjoy. In addition to his parents, Albert was predeceased by his wife of 50 years, Ellen Wallace Tingle, who passed away Sept. 16, 2020. Also preceding him death were his brother, Robert Lee Tingle, and a son-in-law Bradley Blose. Albert is survived by his children, Pamela Green (Steve), Donna Jo Patt (Gerald Jr.), Samuel Edward Windsor (Dana) and Martha “Marti” Blose; his grandchildren, Lisa Patt Gennusa O’Connell (Timothy), Gerald Patt III, Linnea Patt Cipriano (Rocky), Nicholas Windsor, Steven Blose (Stephanie), Samantha Blose Dodgen (Josh), Steven Salvatore (Trang), Beckett Green and Carson Green; 12 great grandchildren; and many cousins, including Wayne Tingle (Lisa) who was invaluable to him during his long illness. A visitation for family and friends will be held on Friday, July 2, 2021 from 9-10 a.m. at Short Funeral Home in Delmar. Funeral services will begin at 10 a.m., followed by interment in Bethel Cemetery in Parsonsburg. Memorial contributions may be made be made in his memory to Bethel United Methodist Church at 31810 Old Ocean City Road, Salisbury, Md. 21804 or the Salisbury Gun Club, 32240 Dagsboro Road, Parsonsburg, Md. 21849. Arrangements are in the care of Short Funeral Home in Delmar. Online condolences may be sent to the family by visiting www.shortfh.com.

Albert Richard Tingle, 86, passed away peacefully Wednesday, June 23, 2021 at TidalHealth Peninsula Regional in Salisbury. He was born January 2, 1935 in Salisbury, a son of the late Oliver and Rosa Tingle. Albert was a proud lifelong Wicomico... View Obituary & Service Information

The family of Albert Richard Tingle created this Life Tributes page to make it easy to share your memories.

Send flowers to the Tingle family.