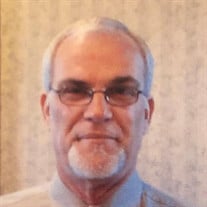 Alan C. Littleton, 69, of Delmar, passed away on Thursday, November 4, 2021 at TidalHealth Peninsula Regional in Salisbury. He was born on December 23, 1951 in Salisbury, a son of the late Hilda Cooper Littleton and Laurence A. Littleton, Sr. Alan retired from the DuPont Company in Seaford and went on to work for Koch Industries, retiring in 2019. He was a lifetime member of the Delmar Fire Department. Throughout the years he served as firefighter, engineer, driver, and vice president . He served on the Delmar town council from November 2012 until August 2016. Most importantly, he was a wonderful father and grandfather. He always attended his grandchildren’s sporting events. He will be remembered for his quick wit and the ability to talk to people wherever he went. He is survived by his daughters; Kim Johnson and Kristine Littleton; sons-in-law, Mark Johnson and Ronald Hitchens; grandchildren, Michael, Becca, Christian, Cyle, and Caidyn; a sister, Brenda Riddle (Gerald); sister-in-law, Liz Littleton; nieces and nephews, Lori Hazel (David), Beth Foxwell (BJ), Danny Riddle (Lori), Eric Littleton (Olivia), and Laurence Littleton (Tina); special nieces who were like his children, Bethany and Grace Pennewell; and his special dog, Tucker. In addition to his parents, he was preceded in death by his wife, Terri Sue Littleton; and his brother, Laurence Littleton, Jr. A firemen’s funeral service will be held at 1:00 p.m. on Wednesday, November 10, 2021 at Short Funeral Home in Delmar. A visitation for family and friends will be held one hour prior to the service. Interment will follow in St. Stephens Cemetery in Delmar. In memory of Mr. Littleton, contributions may be sent Delmar Fire Department, P.O. Box 143, Delmar, DE 19940. Arrangements are in the care of Short Funeral Home in Delmar. Online condolences may be sent to the family by visiting www.shortfh.com.

Alan C. Littleton, 69, of Delmar, passed away on Thursday, November 4, 2021 at TidalHealth Peninsula Regional in Salisbury. He was born on December 23, 1951 in Salisbury, a son of the late Hilda Cooper Littleton and Laurence A. Littleton, Sr. Alan... View Obituary & Service Information

The family of Alan C. Littleton created this Life Tributes page to make it easy to share your memories.

Alan C. Littleton, 69, of Delmar, passed away on Thursday, November...